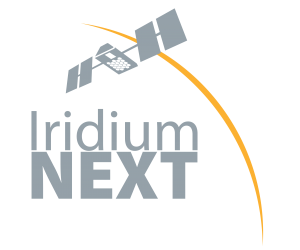 Iridium® NEXT has been a historic mission here at Iridium, and in the space industry as a whole! Our team was able to completely replace the original Iridium constellation with all new, upgraded satellites, enabling new, faster services like Iridium CertusSM – all without disrupting service for our existing users!

A few days ago, we completed the transition of 100 percent of our services to the new satellites. As we celebrate this exciting milestone, let’s take a look back at the stats that shaped the largest tech refresh in space history! 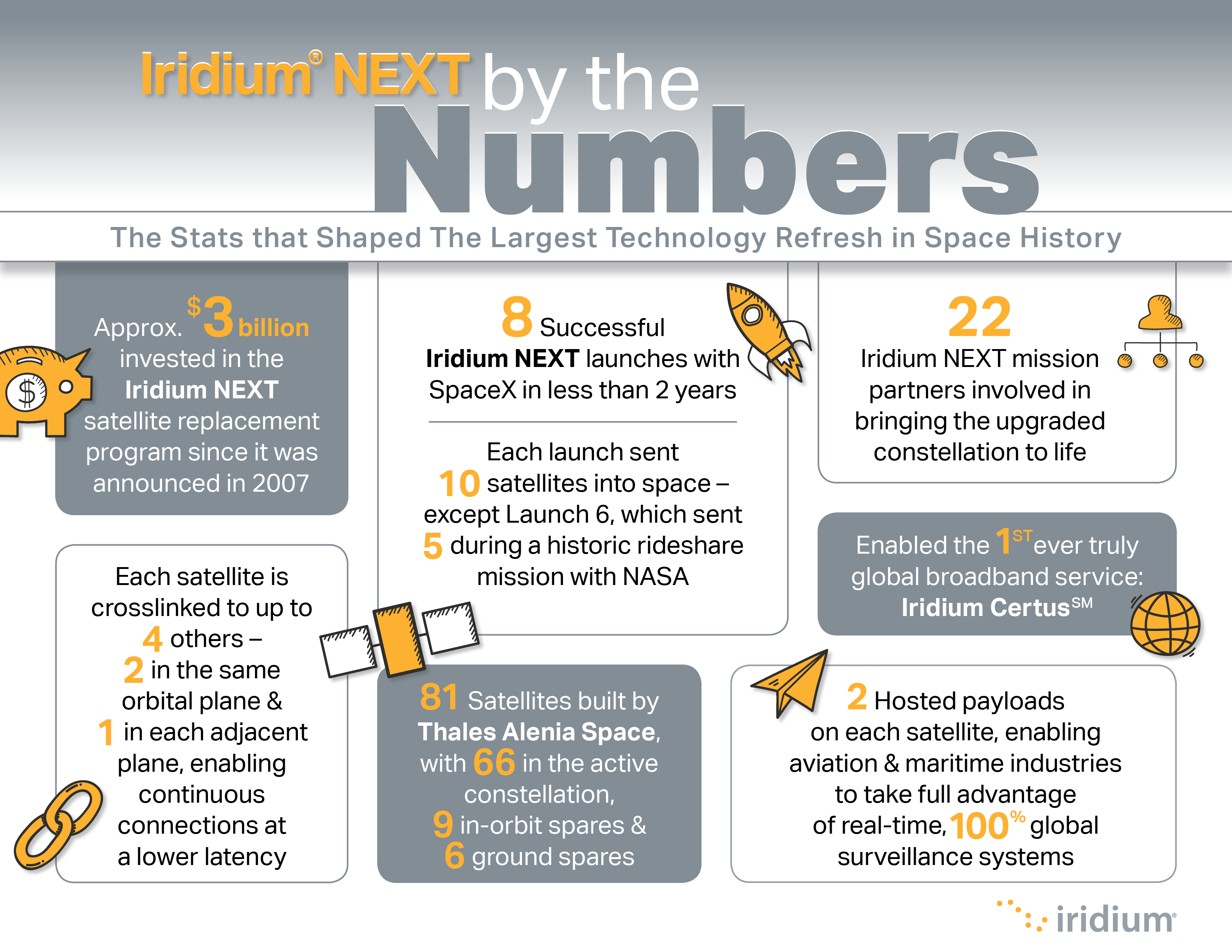 Iridium NEXT: By the Numbers

The Iridium NEXT launch mission wasn’t all we were up to in the past few years, though! While we finished launching 75 new satellites into space (66 in the active constellation and 9 in-orbit spares), in 2018 we also…