In December 2020, Iridium’s Global Maritime Distress and Safety System (GMDSS) formally launched, extending critical safety services for mariners to all the world’s oceans for the first time. Prior to launch, Iridium GMDSS was tested by the Malik Arctica, which sails in some of the roughest Arctic and Antarctic waters. Having sailed through latitudes between 77°48’ N and 70°35’ S, the vessel reported successful service at both latitudinal extremes and everywhere in between. Following the successful trial, the Malik Arctica formally adopted Iridium GMDSS as its primary GMDSS solution.

Sail through these incredible images of the Malik Arctica to learn more about the ship’s missions, and how Iridium GMDSS supports the crew’s safety and connectivity. 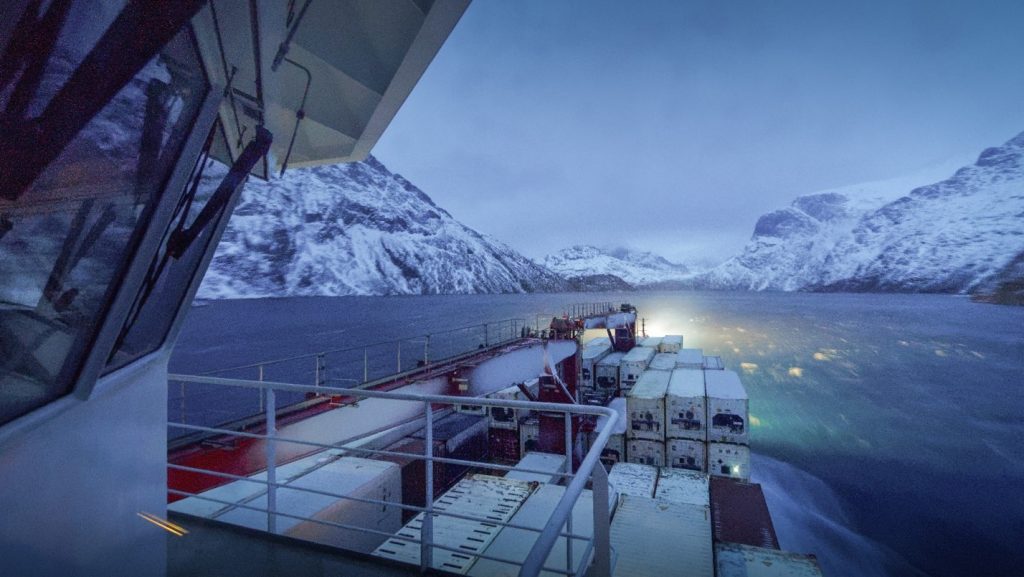 At the core of the Iridium GMDSS service is a robust network of 66 cross-linked Low Earth Orbit (LEO) satellites that provide low latency, high-quality, and real-time voice and data connections over the planet’s entire surface, including across oceans and polar regions. The combination of the network architecture and L-band spectrum, which delivers proven connectivity even in harsh sea states and weather, make Iridium GMDSS the ideal choice for critical safety communications, and even offers a degree of coverage when terrain, such as narrow fjords, blocks a large portion of the sky.

The small village of Siorapaluk in northwest Greenland, is the northern most permanent civilian settlement on the planet. Located at 77°48’N 070°35’W, it lies well inside GMDSS Area 4, where the alternative GMDSS satellite network is not reliable. Since Iridium’s network covers the entire planet, it is bringing GMDSS services to the A4 areas for the first time in history.

“Having such a high-quality connection in both the high Arctic and Antarctic, outside the coverage of most other satellite-based communication systems, certainly any that are GMDSS approved, is a real step forward for maritime safety.” – Christian Harboe-Hansen, Malik Arctica Mariner (responsible for the daily inspection and testing of the vessel’s GMDSS communication equipment shared)

The Malik Arctica brings supplies to Siorapaluk twice each year, in July and September. The vessel brings every kind supply needed by the community, apart from fuel which is brought by an ice strengthened tanker. Landing craft and various machinery is brought along to bring the supplies ashore, since there is no port and no heavy machinery in the settlement.

Danmarkshavn, located at 76°31’N 018°41’W is a weather and research station in northeast Greenland. The station is comprised of several modern buildings but a couple hundred meters from these lies the first building on the site, “Villaen” (The Villa in Danish), which was erected in 1906 by the Danish research and exploration expedition Danmark Ekspeditionen.
The building is under the jurisdiction of the National Museum of Greenland and has recently been restored. Although admittance is free and it is never closed, it is probably one of the least visited museums in the world. Reaching Danmarkshavn, which receives supplies only once every other year, requires navigating along the northeast coast of Greenland, notorious for its rapidly changing ice conditions, well outside the coverage of most geostationary communication satellites. Iridium is one of the few reliable options for communication in this vast, practically uninhabited area.

“Aside from the GMDSS aspect, especially on voyages to Antarctica, Iridium connectivity offers the crew a reliable means to communicate with family and friends while the vessels primary installation for daily communication is left without satellite coverage.” – Aase, a Malik Arctica Able Seaman (AB) 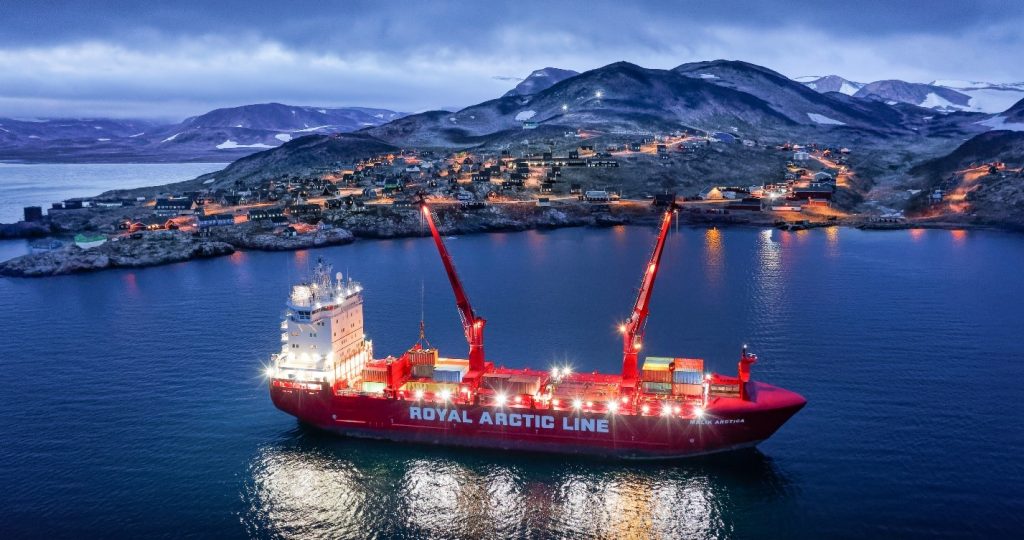 At 70°30’N 021°56’W, the village of Ittoqqortoormiit is the northern most civilian settlement on the east coast of Greenland. Supplies are shipped in twice a year, in early August and late September to early October. The village lies near the mouth of the world’s largest fjord system, Scoresby Sund. In the last 20 years, this region has seen the arrival of cruise ships of various sizes as well as private recreational vessels. Its location and the terrain within the steep sided fjords, means that few, if any, commercial satellite communication systems other than Iridium are able provide reliable coverage. 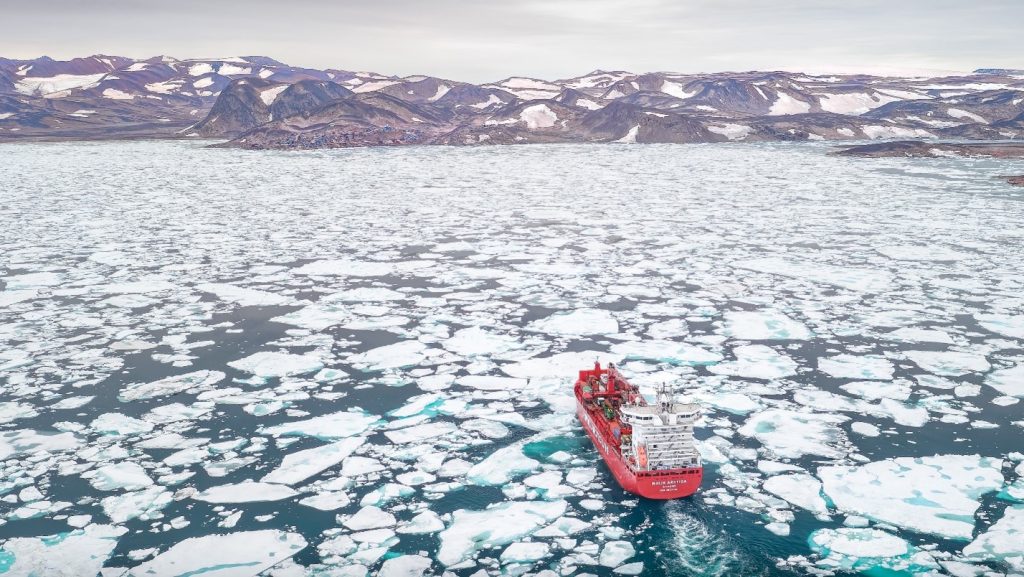 Many inhabitants of the village of Ittoqqortoormiit are dependent on subsistence hunting and fishing for a significant portion of their nutrition. However, situated inside GMDSS Area 4 with no coastal radio station in reach, there has been effectively no GMDSS coverage. This situation applies equally to the tourist and recreational vessels that visit the region during the summer. With Iridium GMDSS in Sea Area 4, this region will finally get genuine GMDSS safety communication coverage.

“We are proud that the Malik Arctica crew’s Iridium GMDSS trial proved successful, and they have fully adopted the service. Since the Iridium GMDSS launch, we have seen vessels all around the world switching to the service, and now sailing with confidence knowing their safety service works in all the world’s oceans.” – Kyle Hurst, Director of Maritime Safety and Security Services at Iridium

Ice conditions along the coast of Northeast Greenland and its fjords can vary greatly from year to year and are highly changeable within the navigable season from mid-July to early October. Access to current visual and radar satellite imagery is crucial to ensure safe and efficient operations under these conditions. Most other satellite communication systems are unable to offer reliable connections at these latitudes and within the fjords surrounded by mountainous terrain. Since Iridium offers completely global coverage, it enables connectivity in these areas. 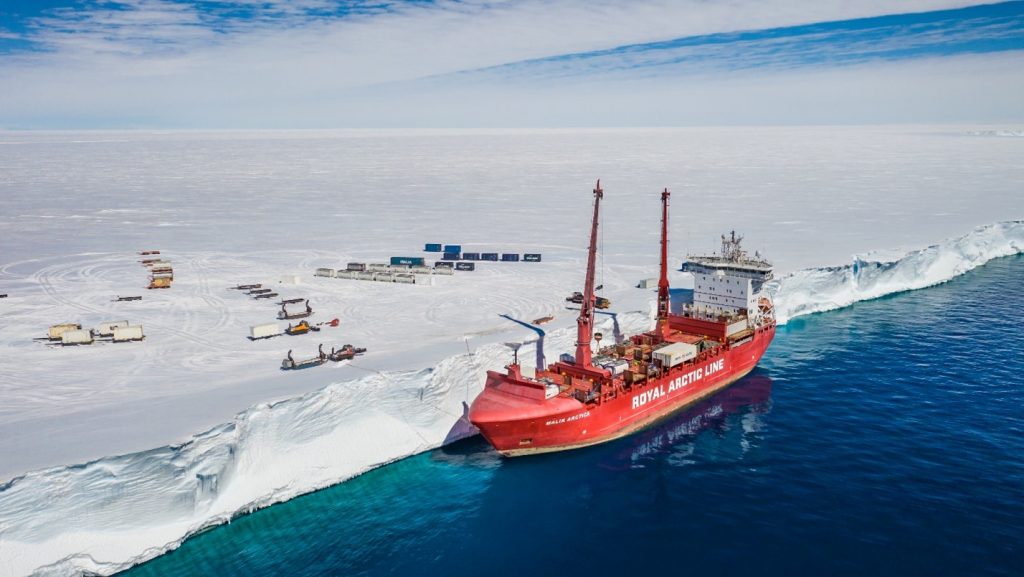 The vessel Malik Arctica frequents polar waters on both hemispheres. Seen here in Antarctica along the ice shelf, at the aptly named location “5 East” situated at 70°35’S 005°17’E, it is bringing the annual load of supplies to the Norwegian station and airfield, Troll. In this area, the ship was formerly reliant on HF radio, which provides very little to no security in this remote location. Iridium is now filling those gaps and providing the vessel with reliable connectivity. 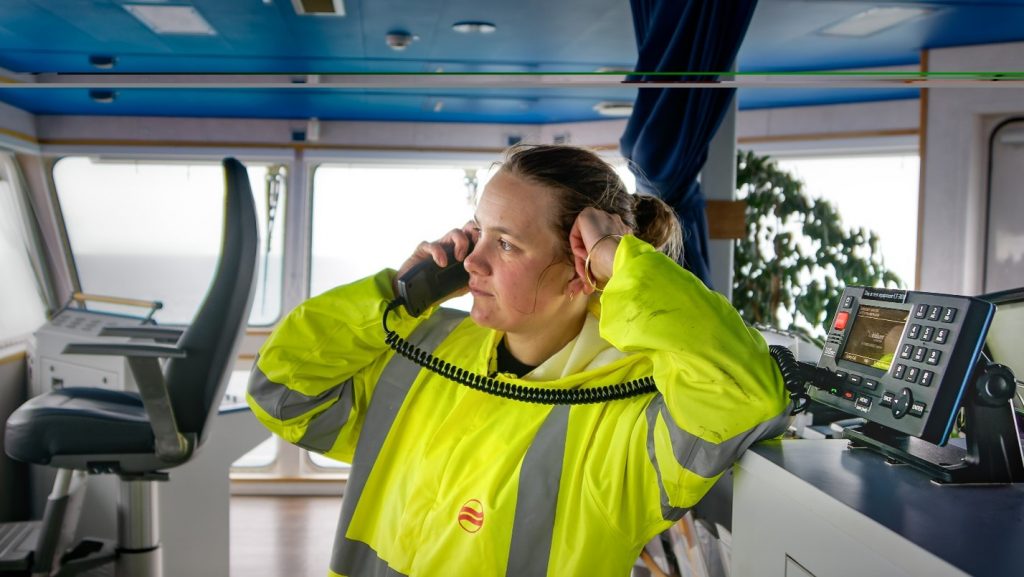 Having passed through all latitudes between 77°48’N and 70°35’S, the vessel Malik Arctica has carried an LT-3100S trial unit and successfully tested it at both latitudinal extremes. The possibility for the vessel’s crew to be able to have a reliable communication channel, for both phone calls, text messaging and data, no matter how far north or south or otherwise remote and isolated the location of the vessel, holds just as great a value for daily well-being as reliable GMDSS communication does in an emergency.