When thinking about professions in the space industry, science and engineering are typically first that come to mind. But how does everyone play nice with their spectrum? And what about those ground station landing rights? Learn more about Iridium’s Vice President of International Regulatory, Tatiana Lawrence in this Q&A!

1.      Creating a successful business in the space industry requires so many different skills, from managing operations in space to the technology’s impact on the ground. Can you share with our readers a bit about how you support Iridium’s mission?

Iridium® is a global system that operates everywhere in the world. To enable use of our systems, a global operator like Iridium must have necessary authorizations from telecommunications regulators worldwide to permit Iridium to operate and serve end-users in each country. Equally, Iridium must have spectrum allocations and a suitable international regulatory regime to ease the deployment of its services. Ensuring access and a favorable regulatory environment is what I do. 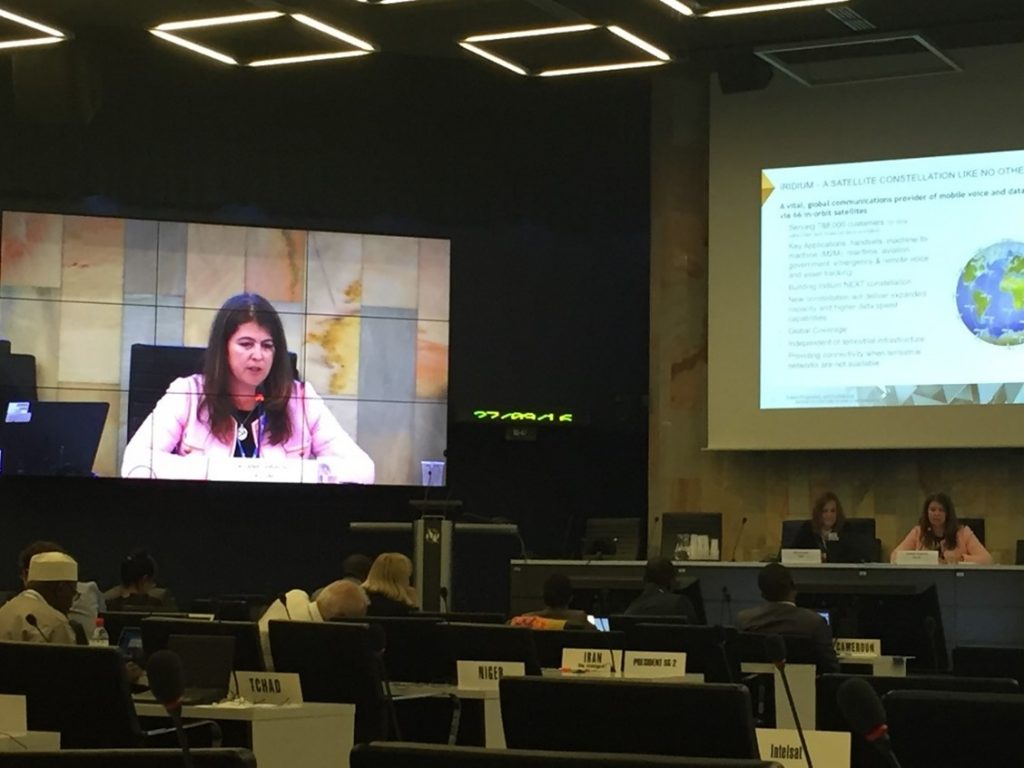 Due to spectrum congestion, radio services need to co-exist without causing interference to one another. On the spectrum access side, my job is to make sure the spectrum in use by Iridium does not suffer harmful interference from other users seeking access to our frequencies. In this way, we preserve Iridium operations and quality of service.  Equally, I seek spectrum access opportunities for new Iridium services.  For example, achieving a spectrum environment enables Iridium to support Global Maritime Distress and Safety System (GMDSS). 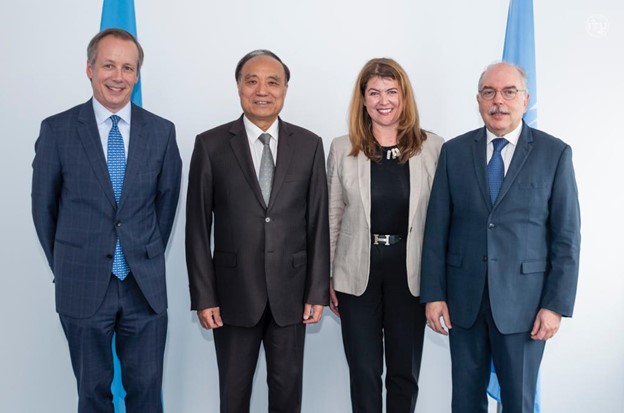 2.      How did you choose your career field and decide to apply it in the space industry?

I have always been interested in international work, international organizations, international culture, and history. Back in Russia, I achieved a master’s degree in Engineering. Upon arriving in the United States, my first job happened to be with a startup satellite company that launched its first U.S. satellite on a Russian rocket. I fell in love with satellite technology!

At this point, I took on the UN at its telecommunications arm, the ITU. Initially, it seemed like challenging and very specialized work. But that experience made me realize I dreamed of combining work in a technical field with my interest in international relations and culture. Fast forward through interesting work with other satellite companies and an independent consultancy, and I arrived at Iridium! 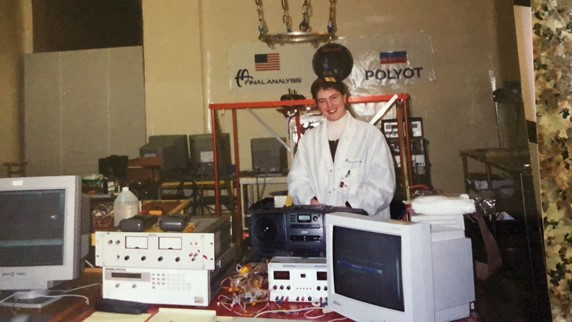 3.      What is your favorite thing about working in the space industry, and what has been the most significant learning curve? 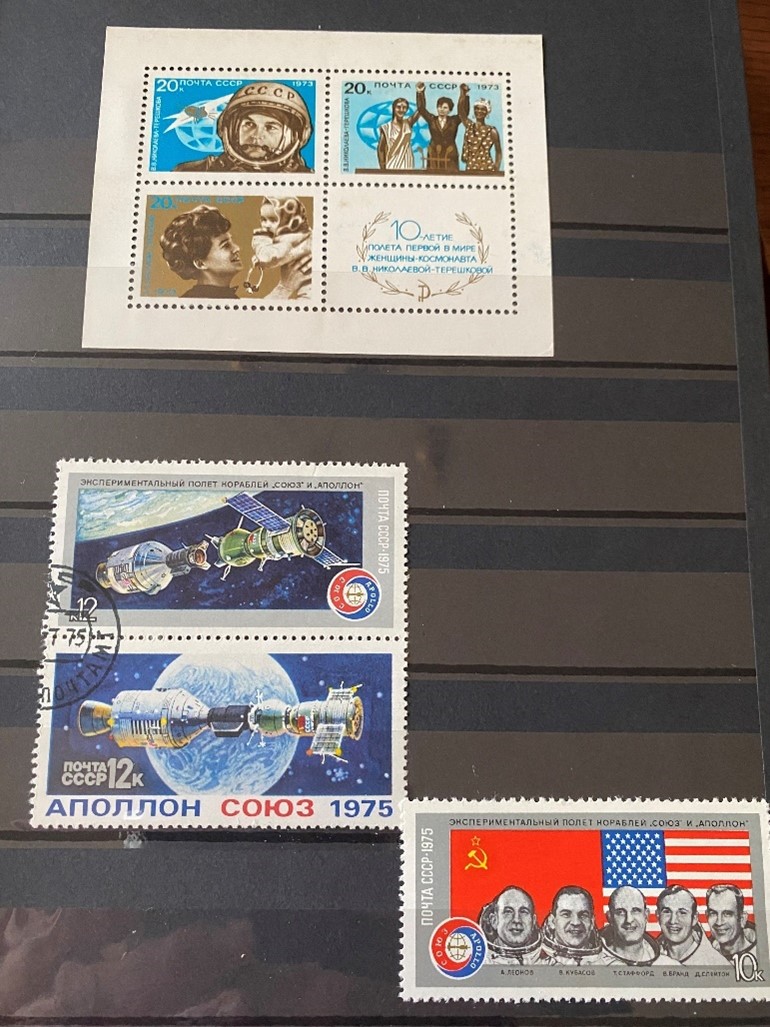 I became fascinated with space since childhood when I read about the Russian cosmonaut Yuri Gagarin. My fascination led to collecting Soviet space-themed postage stamps beginning at age five. When a cosmonaut flew into space, they would issue a new stamp dedicated to that mission. I would beg my father to purchase the stamps, and I still have this collection today.

What I like about working in the space industry today is the constant challenge. We do not have textbooks to learn how to do ITU work or assess wildly varying international regulations. One must know the exact objective, figure out the geopolitical situation between countries, regions, and people, and then strategize a way to find a compromise.  There is no playbook and rarely willing coaches. For me, the challenge is the attraction – it gets me up each morning.

4.      Have there been any challenges you faced in your career, and how did you overcome them?

In the early 2000s, the satellite industry turned from a potentially prosperous and seemingly glorious landscape into a barren field. Coincident with the dot com bubble burst, many emerging satellite companies failed. The first satellite company I worked at failed, and so did my second. Suddenly, with a sudden loss of employment, satellite professionals wanting to remain in the field flooded employers – like the United States Government – with applications. I went back to university, thinking I might pivot to a career in computer science, which was in huge demand at the time. After completing my studies successfully, I realized that a career in computer science might not fit me. Luckily, a few years later, following the shake-out and consolidation in the satellite industry, I was back in the place where I feel I belong. 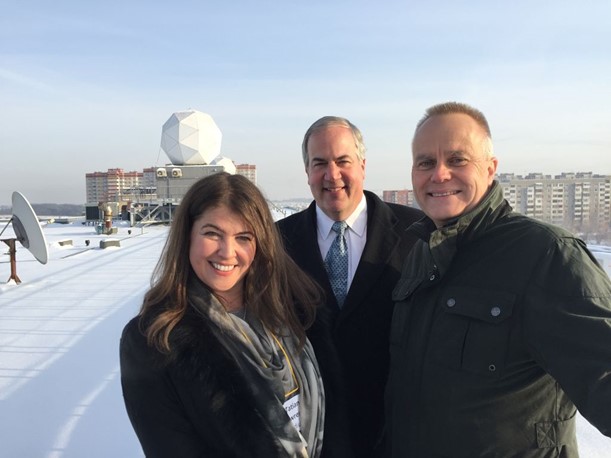 5.      Do you have any advice for someone that may want to follow in your footsteps and work in the space industry?

Shortly after I started international regulatory work, I worked at a company to assist it in obtaining a global satellite spectrum and a favorable regulatory environment for its planned satellite constellation. Two weeks into the job, I was sent to the ITU’s World Radiocommunication Conference (WRC) to help its international WRC team obtain 1000 + 1000 MHz of spectrum.  At the time, not only was this likely the biggest WRC “ask” in the history of WRCs, but this was an unknown company that came on the scene late and with no ITU studies to support its ask. Essentially the team had to convince the world to vote “yes.” 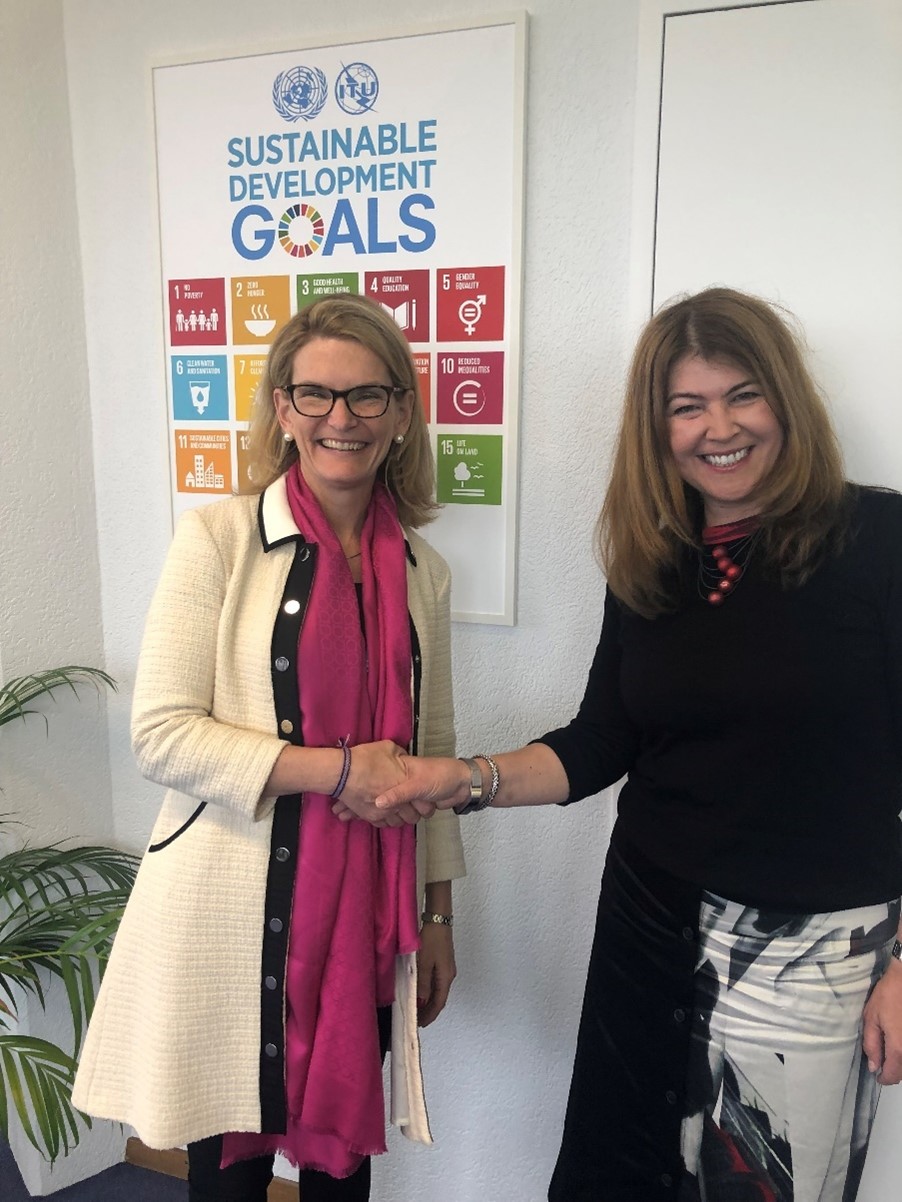 I had zero training and little guidance on how to accomplish this task. I certainly did not know all the politics and gamesmanship involved, nor did I realize that regular ITU participants spend years building relationships they rely on to achieve objectives. I was so green that I did not even know where meeting rooms in the Geneva conference center were as all references were in French and in acronyms I did not understand. I fell into the deep end of the pool with two choices: sink or swim. Within the four weeks of the WRC, I swam. Quickly.

My advice to anyone who wants to follow in my footsteps or approach any career that seems daunting is not to be afraid to be thrown into the deep end. Learn everything you can through your research or by asking and learning from those more experienced.

If you have a passion for what you do, keep paddling and fighting, and the road will show the way.