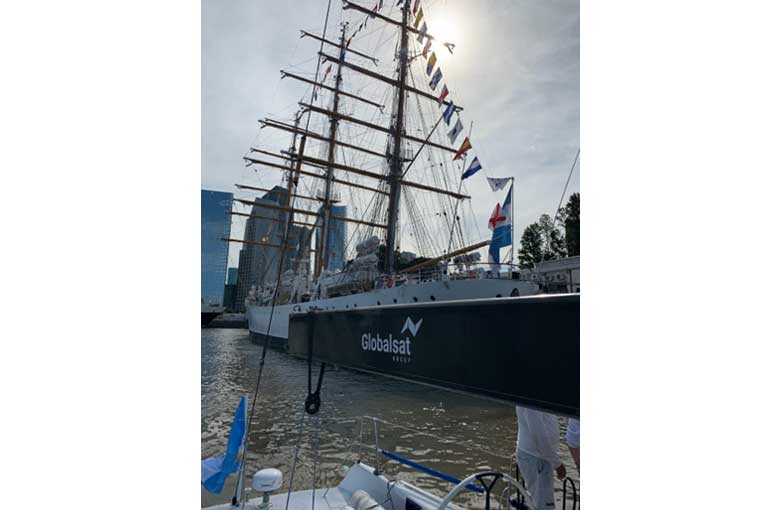 Globalsat Argentina provided the necessary assistance to the Fortuna III crew members enabling them to take full advantage of Iridium Certus’ capabilities. Utilizing the fastest L-band speeds in the industry, the crew of the Fortuna III accessed data connections up to 704 kbps in support of meteorological applications, nautical chart updates, sharing pictures and video, and maintaining permanent communication for mission success and safety.

The Argentine Navy’s Luis Sgrilletti, Captain and Commander of Fortuna III was particularly impressed by the “surprising speed” at which the team was able to access the information.

“Being able to visualize, in the context of a competition, constant and real-time updates of meteorological information, nautical charts and positions of the other competitors was decisive for the achievement of the result we obtained,” said Sgrilletti.

“With the newly upgraded Iridium Certus 700 service, the crew of the Fortuna III had access to the fastest weather resilient L-band connectivity the maritime industry has ever known,” says Iridium Executive Vice President of Sales and Marketing, Bryan Hartin. “We are proud of our partner Globalsat for supporting the Argentine Navy, ensuring the Fortuna III crew’s safety and helping them achieve victory.”