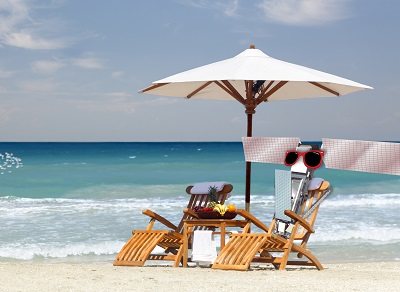 SV-40 enjoying the sunny side of life

Twenty years ago, approximately 475 miles above Earth, satellite vehicle number 40 (SV-40) was deployed and began providing voice services for Iridium customers. Throughout these two decades, SV-40 has been a part of the world’s largest global commercial satellite constellation, delivering reliable and critical communications to people, businesses and governments, worldwide. From the unexpected appearance of Iridium Flares, a streak of light in the sky caused by sunlight reflecting off the main mission antenna of the satellite, to the continued invention of breakthrough applications for the original constellation, SV-40 has participated in it all.

After living beyond its intended lifespan thanks to some technical wizardry by Iridium engineers, the time has finally come to retire SV-40 and other original Iridium® satellites. With the successful first launch of Iridium NEXT this past January, SV-40’s days were numbered, as this new generation of satellites began to significantly upgrade the operations of the now legacy SVs. And, on April 5th, 2017, the end of an era began as SV-40 started its journey into retirement.

As you can imagine, retiring satellites and replacing them with new ones while maintaining service is not a simple process. We refer to it as a “slot swap”. Essentially, the legacy satellite to be retired trades places with the new satellite, taking its respective position, or “slot”, within the constellation. This procedure requires a series of highly choreographed technical maneuvers that help ensure service continuity, while making space situational awareness a priority. Once the new satellite is cross-linked into the constellation (meaning, it can “talk” to its surrounding satellites), it remains paired with the retired satellite for a short period. From here, the team at our Satellite Network Operations Center (SNOC), in Leesburg, Va., executes a sequence of maneuvers to place the satellite into a lower “storage orbit”, until it’s ready to be flown to an even lower disposal orbit.

The storage orbit for our legacy satellites is safely located approximately 15 kilometers below the operational constellation. Once ready to be formally deorbited, the old satellite undergoes a NASA recommended decommissioning process, with the goal of reaching the lowest possible orbit while using up all its remaining fuel. At that point, the satellite will automatically deplete its battery and, over time, get caught in a slow burning orbit until it completely disappears in the earth’s atmosphere.Today, SV-40 is in a 697 by 288 (km) orbit, with a predicted atmospheric re-entry/burn-up starting in early 2019.

Retirement has its privileges

We’re sad to say that as satellites like SV-40 are increasingly deorbited, they’ll be taking their Iridium Flares with them. In light of that, we encourage Iridium Flare watchers to share their pictures and tag them on social media using #Flarewell.Not far behind SV-40 on the path to retirement are SVs 43 and 82, which have also begun their journeys. In the coming weeks, we’ll be sharing some more information about Iridium Flares as we commemorate their unique ability to light up the night sky and capture the imagination. Keep an eye on Iridium360 and @IridiumComm on Twitter for the latest updates on Iridium Flares, Iridium NEXT, deorbiting, our upcoming launches and more. Until then, #Flarewell.