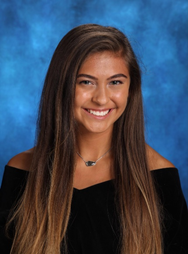 Two years ago, my high school started a Capstone program that allows seniors to explore different fields of work by participating in a two-week internship or volunteer program. Because I will be starting at the School of Engineering and Applied Science at the University of Virginia this fall, I wanted to experience the daily activities and responsibilities of working engineers when it came time to choose a place for my Capstone. I was thrilled to have the opportunity to get in touch with Robert Sholl, the Space Systems Payload Group Manager at Iridium. Being able to interact with engineers working to launch and operate satellites was definitely something I wanted to pursue!

In late May, I arrived for the first time at the Iridium Satellite Network Operations Center (SNOC) in Leesburg, Virginia, and immediately became excited when I got my own badge! I sat in with the college summer interns for their orientation. I was amazed to learn the scope of the work that Iridium does, using the complex network of satellites for telephony, Short Burst Data® transfer, and much more. I focused on absorbing as much information as possible, like the unique ability of Iridium® satellites to communicate with surrounding vehicles through cross links, or that the Iridium network is the only one to really have coverage over the whole globe.

My second day at Iridium, I was able to observe from the control room while five new Iridium NEXT vehicles were launched from Vandenberg Air Force Base in California. Alongside Iridium engineers, I witnessed the vehicles make first contact with the ground using their secondary links. I even got to use a data retrieval program to collect temperatures and signal strength from the launched vehicles.

During my two weeks at Iridium, I rotated between different teams to get a complete view at what is needed to upkeep a network of 66 operational satellites. I sat with members of the L-Band and K-Band groups, the systems team, and the platform team. One of my favorite things I had the chance to do was make a pass plan with the K-Band team for a configuration change on two of the vehicles to update the calculated distance between them. Updating this distance ensured that when one vehicle turned on its cross link the other would then turn on its crosslink at the appropriate time to receive the signal. After helping design the plan, I was able to actually send the commands to the satellites from the control room.

I also learned about the computing systems on the satellites, the thermal systems on board, what happens if a vehicle goes into safe mode, the orbit of the vehicles, and so much more! My greatest takeaway from my Capstone was seeing how all the different systems interact with one another to reach an end goal. It made me realize just how important communication within a team is, especially when dealing with satellites costing millions of dollars. The environment of the office was one of collaboration, which made it easy for me to ask questions and discuss topics with people in a range of positions. With this experience under my belt, I’m excited to start my studies at UVA and apply the skills that I witnessed firsthand at Iridium.