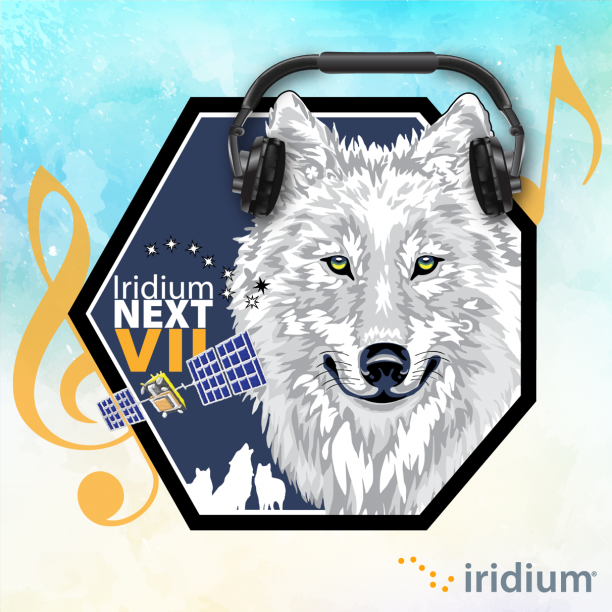 Iridium NEXT is one of the most ambitious projects ever attempted in space.  Technologically, the original Iridium constellation was one of, if not the, most complex networks ever created, now only to be surpassed by an upgraded version.  With six of eight launches already completed as part of the Iridium NEXT deployment campaign and 55 new satellites in orbit, the Iridium team is looking to make sure we commemorate our final two planned launches in fun and unique ways.

Introducing the Iridium NEXT launch soundtrack!

For both the Iridium-7 and Iridium-8 launches (and maybe even some other fun stuff coming in the future), Iridium audiophiles will be curating themed playlists featuring songs designed to either reflect what viewers of the SpaceX webcast are watching or are in some way related to the Iridium story (including metaphorically).

One of our goals for this playlist is to ensure it’s a fairly-diverse array of music and has something for all listeners, but hopefully everyone will enjoy what each song brings throughout the broadcast!

So how does it work?

Step 2: Select the Iridium-7 Launch Soundtrack from the playlists section.  You should now see all the songs in order.

Step 5: When the countdown timer reaches 10 minutes and 30 seconds, press play on the first song of the playlist, and then just let it play.  (We recommend keeping the volume low enough to hear the host clearly!)

After that, there’s nothing left to do but watch, listen and enjoy.  And yes, everything that happens; the timing, the words, the irony --- has all been specifically designed to create a unique viewing and listening experience. (Hopefully it works out as planned!).

How we picked the songs:

Deciding on what songs to pick was NOT easy. As a result, we created a list of criteria that each song had to meet.  They include:

We hope you’re as excited about this as we are, and that you will get a few laughs, do some head bopping along to the tunes and if you feel like, dance a little like nobody’s watching.

Also, for the Iridium-8 Launch Playlist (our final planned launch), we’re going to open song suggestions up to anyone and everyone, so if you have that eureka moment and think of a perfect song, let us know in the comments section of the blog or on social media.