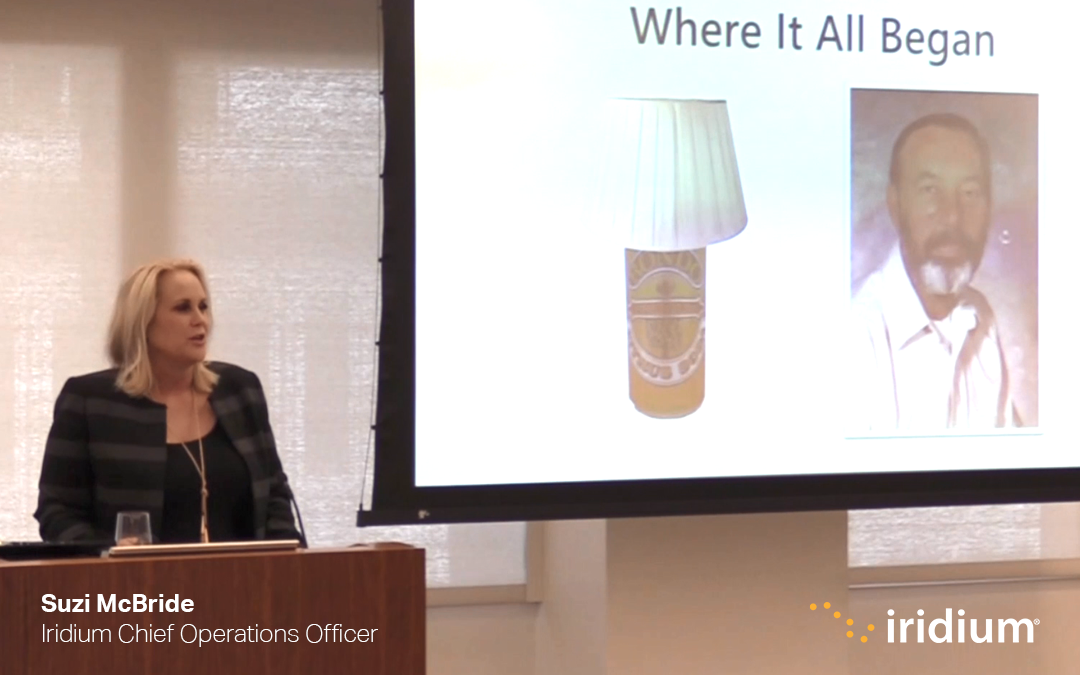 Iridium® COO Suzi McBride delivered a keynote speech at the second annual Satellite Eves: Women in Space event during SATELLITE 2019 in Washington, DC. Throughout her 20 minute address, McBride shared how she became interested in STEM, and particularly Space, her career journey all around the world, and advice and encouragement for other women in the space industry.

Watch her May 6, 2019 address below to learn more about McBride’s fascinating resume and hear her advice to other women (and men!) in the space industry.

McBride is the Chief Operations Officer at Iridium. In this role, she is responsible for leading all Iridium network operations, including the satellite constellation and associated ground Gateways and terminals. McBride is also responsible for technology innovation on the Iridium network, including the development and manufacturing of subscriber equipment, new services, and applications.

Prior to this role, McBride served as the COO and Senior Vice President of OneWeb’s Program Office. While in this position, she built up OneWeb’s team of engineers and oversaw the system design, production, and testing of the ground and space networks as well as user terminal development.

McBride has more than 25 years of experience, including building and launching the original Iridium satellite constellation while at Motorola’s Satellite Communications Group as a senior engineer in the 1990s. During her first tenure at Iridium, lasting over nine years, McBride served as Vice President of Program Management and Launch Services, playing a key leadership role in developing the Iridium NEXT system, leading launch strategy, engineering, and hosted payload programs. McBride also held the position of Program Manager at General Dynamics (later Orbital ATK, and now Northrup Grumman) where she managed NASA and U.S. Air Force satellite programs.

McBride received her MBA from the University of Tennessee in the Executive Aerospace and Defense program, and her dual undergraduate degrees from Columbia University in Industrial Engineering and Claremont McKenna College in Management Engineering. McBride also holds a master’s degree in Program Management from George Washington University and is Project Management Institute certified.