Late last year, National Geographic journalist Mateusz Waligóra decided to brave the elements and attempt to become the first person in the world to walk alone through the Mongolian portion of the Gobi Desert. After successfully completing his mission, Mateusz shared with us his account of the trek and how he used Iridium to keep him connected! 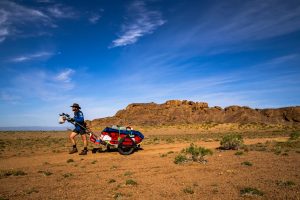 Due to the huge isolation (the Gobi Desert is one of the fewest inhabited places on earth), the only way of contact with civilization was the satellite connection. In small villages passed along the way you can use the coverage of local cellular networks, however, their signal is very weak and you can not rely on it.

The tasks that my satellite communications had to allow me are:

In addition, the communication means had to be fully powered by 2 solar panels (Goal Zero Nomad 28 Plus) and 2 powerbanks (Goal Zero Sherpa 50 and Sherpa 100). I decided to bring a set with me:

Using the Iridium 9505 phone
The phone was used by me for conversations (I gave up text messages, it’s much easier to send via the Iridium GO! modem). The expedition had a great interest of the media, therefore I made 20+ interviews with the spokesperson for the expedition, 10+ talks with the largest radio station in Poland (Radio Zet), who was the media patron of the expedition and 3 talks with reporters of the largest Polish TV station ( TVN). The phone battery turned out to be very capacious, I was charging it on a regular basis with the power bank – I never had to use a spare battery. The range of the Iridium network during the whole trip was very strong, although sometimes the connection was interrupted when I tried to establish a connection from the inside of the tent. The satellite telephone number had the emergency services of my insurance agency – Global Rescue.

Using the Iridium GO!
The modem was used in conjunction with the Samsung Galaxy S9 Plus. His main task was to send photographs and longer text messages by e-mail, which is allowed by the Iridium Mail application. The possibility of making a phone call was supposed to be an emergency function if the Iridium 9505 phone was damaged.

Initial modem tests at home left a lot to be desired – graphic files were uploaded very long and their quality was very poor. In the Gobi desert, however, everything worked perfect, photos with 900x600px resolution were sharp and their quality was sufficient for publishing in Social Media (Facebook and Instagram) and websites. I think that the initial failure in sending photos was influenced by little experience in handling Iridium Mail application and numerous disturbances related to the presence of buildings around. Sending E-mail messages thanks to the use of a convenient smartphone basically completely ruled out sending SMS messages over a satellite phone. In addition, the Iridium GO! Application, which allows you to make calls, initially intended to be an emergency function, has become very useful when the Iridium 9505 phone lost its range inside the tent. Connecting took place mainly in the evenings, when the temperature on the Gobi can drop to -15 degrees Celsius, in this situation I connected the modem with a tripod, exposing it outside the tent, and thanks to the smartphone I could comfortably stay in a warm sleeping bag. As in the case of the Iridium 9505 phone, the battery in the Iridium GO! modem. It is very capacious and it is easy to charge with a powerbank so that I have never used a backup battery. 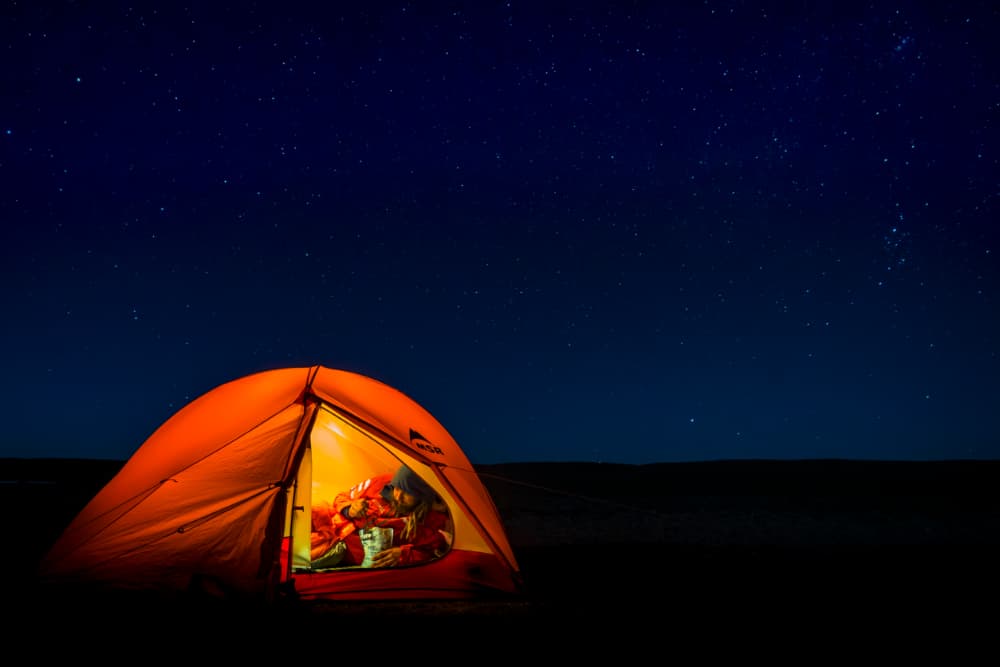 In Summary:
Thanks to having both a modem and telephone, I could immediately call for help in an emergency. Both devices enabled me to communicate with my relatives and current reports on the trip on the Internet, so crucial for ‘world firsts’ expeditions. Having two devices at the same time protected me in the event of one of them failing. I am sure that during the next trips through the desert I will also decide on the same set.