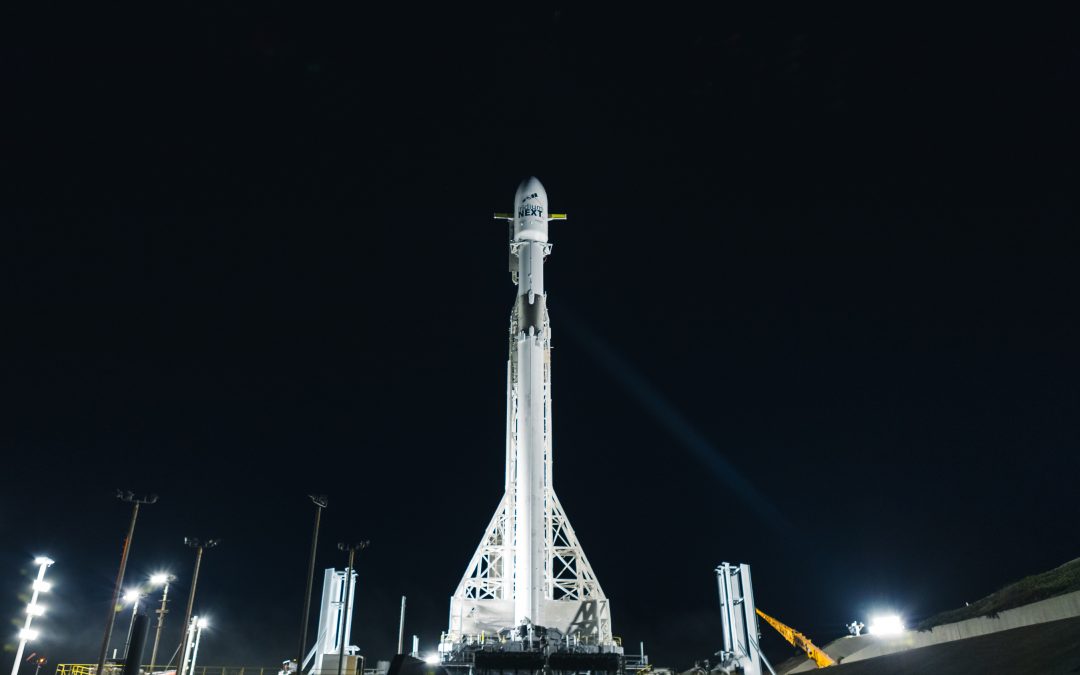 Iridium Communications, in partnership with SpaceX, is prepared to launch its fourth set of 10 Iridium NEXT satellites today, December 22nd, on SpaceX’s flight-proven Falcon 9 rocket.  The full payload and rocket have been transported to the launch pad, and the rocket is vertical for launch. The payload has an instantaneous launch window scheduled for today at 5:27:34 pm PST (1:27:34 a.m. UTC on December 23rd).  Once deployed, there will be a total of 40 Iridium NEXT satellites in low earth orbit. The Falcon 9 rocket first stage being used in today’s launch was previously flown during Iridium’s second launch, which successfully took place in June.

Iridium NEXT is the company’s $3 billion, next-generation, mobile, global satellite network scheduled for completion in 2018. These new satellites are replacing the company’s existing global constellation in one of the largest technology upgrades ever completed in space.  It represents the evolution of critical communications infrastructure that governments and organizations worldwide rely upon to drive business, enable connectivity, empower disaster relief efforts and more. Iridium NEXT will enable and introduce new services like the Company’s next-generation broadband service, Iridium CertusSM.

Make sure to tune into the SpaceX webcast to watch a live feed of the launch!  You can access the feed starting twenty minutes prior to liftoff at www.spacex.com/webcast