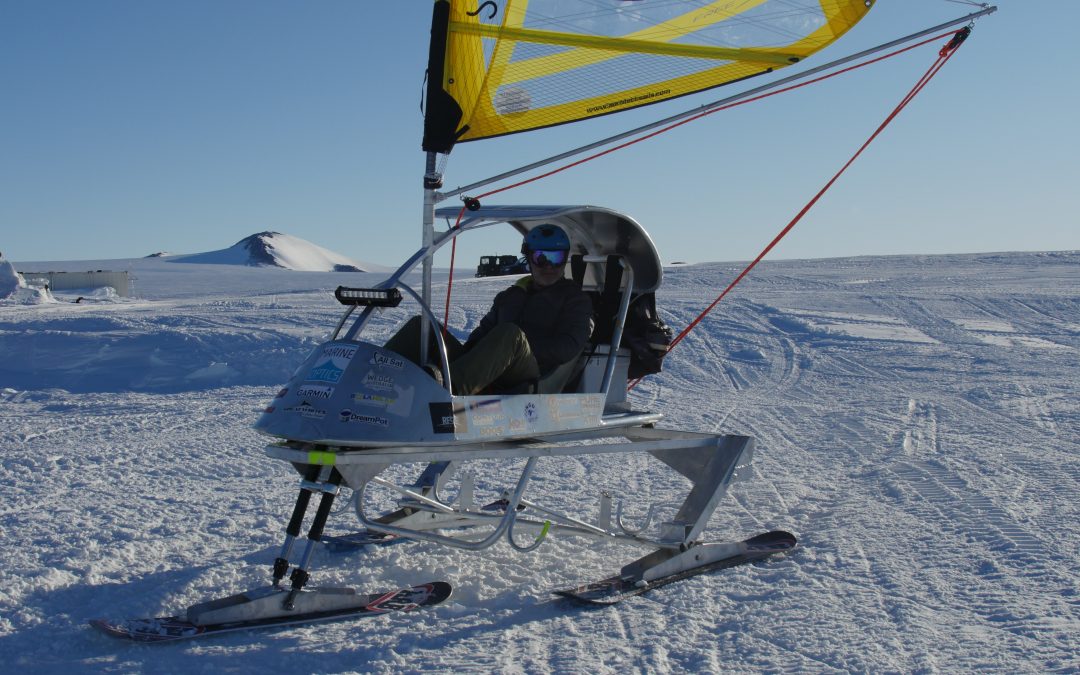 Today, the polar regions are still considered uncharted territory by most people. But, for the adventure traveler community, this region is considered the next frontier and their next conquest. One man in particular has taken his knack for innovation, thirst for adventure and humanitarian drive to the next level by creating the Outer Edge Polar Challenge Ride for Leukemia. Iridium is honored to have played a role in supporting this challenge with our partner, Beam Communications.

snow sailer, designed to glide across the ice at speeds up to 60 miles per hour. He is the first person to create a vehicle of this kind, and sail across the Polar Plateau, which is a large area in Eastern Anarctica that spans a diameter of approximately 620 miles. His initiative has a clear set of goals in mind, which are to prove that snow/ice sailing is a viable and environmentally friendly means of transportation in the Antarctic, raise awareness and funds for leukemia research, gain scientific insight into the polar environment and climate to enhance STEM programs in Australia, and challenge current world records. Prior to starting his expedition, he was inspired to raise funds for the Leukemia Foundation of Australia, after the passing of his father, Henry Werb. Thus, the Outer Edge Polar Challenge Ride for Leukemia was born.

As one can imagine, sailing on ice, across the Polar Plate, was a daunting task and required a dedicated team to support such a treacherous and unpredictable environment. According to Charles, the first expedition had its fair share of obstacles to overcome, between arriving three days late, experiencing technical issues with the snow sailer, and just the overall difficulties the Antarctic climate presents. But, the one part of his trip that was not compromised was the communications infrastructure for him and his team. 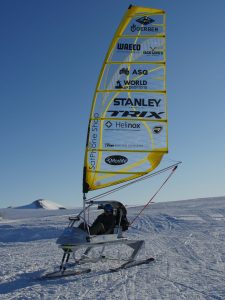 In order to remain in touch with everyone involved, Werb and his crew had an Iridium GO!® and an Iridium Extreme® satellite phone on hand. Both devices are enabled by the Iridium network, the only commercial mobile satellite constellation that enables communications in the poles today. Charles said, “It’s incredible to think that I was able to use my smartphone to capture images without going through all of the download processes. I connected directly to my Iridium GO! and was able to broadcast directly from Antarctica.”

Additionally, by using the Iridium Extreme handset, the group was always connected, and able to place calls for help when needed. Not only did these devices ensure that nobody ever felt disconnected, but they increased the trip’s efficiency, and most importantly, the safety of the expedition. When asked if he would recommend Iridium-enabled products to fellow Polar adventurers, Charles’s answer was, “Absolutely; without a doubt.”

If you are interested in staying up-to-date on all things surrounding Charles and the Outer Edge adventures, please visit http://outeredgemag.com.au/outer-edge-expeditions/. Charles will be competing in the World ice and snow Sailing championships in Tolyatti, Russia from 21-26 February 2017, as well as making an attempt to snowsail on the Volga River for 24 hours with his new SWOOSH snowailer. The event can be tracked on this website through his Iridium GO! device.

Lastly, if you are looking for information about Iridium products for your next adventure, everything you need to know can be found at https://www.iridium.com/products.