Troy Bradley and Leonid Tiukhtyaev set off from Japan in their helium-filled balloon on January 25, 2015 and landed off the Mexican coast six days later. They broke two world records and they say that Iridium® was a big part of their success.

The records that the two pilots broke were for the longest duration of a balloon in the air and the longest distance traveled by a balloon. Troy and Leonid traveled some 6,646 miles (10,696 kilometers) and spent 161 hours and 17 minutes aloft in the air together. The old record for distance traveled of 5,208 miles (8,382.54 kilometers) took place in 1981. The previous mark of 137 hours, 5 minutes, 50 seconds was achieved by Double Eagle II on a 1978 transatlantic flight.

Steve Shope was the director of mission control center for Troy and Leonid’s flight in Albuquerque, NM. Steve was involved with designing the communications system for the balloon and he provided the pilots with an Iridium GO!®, an Iridium Extreme® and an Iridium partner tracking device from spidertracks. When asked what was one of the biggest challenges in this mission, he says “We didn’t know where the balloon was going to land, because the weather was so unpredictable.” The plan was to land in the US, but then they started heading to Vancouver, Canada. They encountered a high pressure ridge and made a U-turn and headed down to Baja, Mexico. The ballooning community all around North America and major media outlets, like ABC News and CNN were on stand-by. Steve remembers “Troy would call my cell phone from his Iridium Extreme in the middle of the night. I cannot say enough how great the Iridium equipment worked- it was easy to use, provided continuous coverage over the Pacific, and was less hassle than the competitors’ devices. The Spiders were fabulous too.” 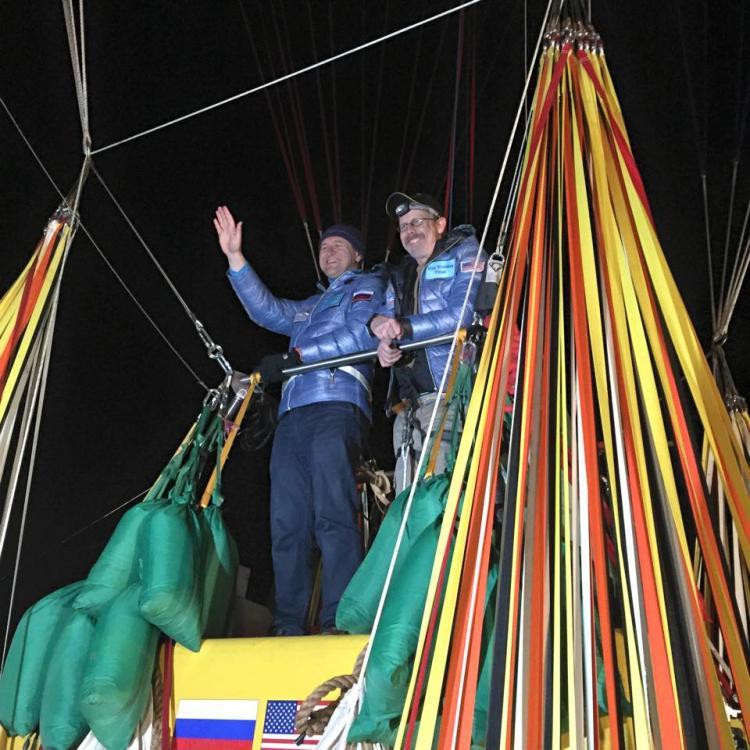 Troy Bradley, one of the pilots also shared his impressions of Iridium’s role in this world record. “It is imperative to have good communications when you are on a mission depending on meteorology”, states Troy. He shares that things have changed quite a bit from the time he was growing up. In the past the balloons would lose communications for hours or days. Typically a failure in communications, not a failure in the flight equipment, would lead to an unsuccessful expedition. “Talking to a meteorologist is crucial. Without connection, conditions for landing would be less than ideal. We wouldn’t know when to slow down, go up higher, stop or change track speed. Luckily we had an Iridium GO! and an Iridium Extreme on board”, says Troy. He shares that he was able to call the mission control team, send emails and post updates on his Facebook page. “The ability to track weather scenarios was priceless. The meteorologists would tell us not where we are but where we should be”, continues Troy. When fatigue and stress are high, having instant communications on board is invaluable according to the pilot. When asked how he overcomes the fear of heights, he says that reliable equipment, forecast and team make you feel safe. Troy has 58 world balloon records behind him. 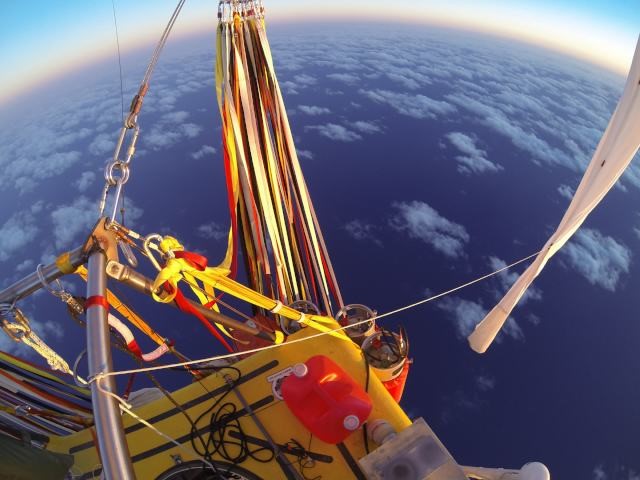 Iridium applauds adventurers like Steve and Troy and is proud to provide the critical communications that support their efforts.