Well, my first trip to Nepal didn’t go as planned… The craziest experience of my life? Yes. A moment at least as terrifying, if not more so, than my seven previous near-death experiences? Yes. I am extremely lucky to be alive, and so, so many people are extremely unlucky to no longer be alive. Most of the villagers in Kjianjing Gompa lost their homes, their livelihood and, in some cases, most of their family members in the span of about two minutes. The next village down-valley, Langtang, was essentially completely obliterated by an enormous avalanche, killing what I’ve heard speculated to be more than 300 people. The earthquake was nothing in comparison to the avalanches it triggered, and one of those avalanches very nearly killed me. The devastation is immense. I feel as though I overdosed on adrenaline every couple hours for three straight days. But despite all the sadness and fear, I loved Nepal.

I was on a climbing trip in the Langtang Valley with some French friends when the first earthquake struck. The Iridium Extreme® satellite phone was one of the first pieces of gear I made sure to salvage from the partially-destroyed lodge we had been staying in, and it of course started to see a lot of use after the earthquake and avalanche. Some of the use was my own, calling friends and family back in North America. They were overwhelmingly helpful, filling me in on what was going on elsewhere in Nepal, making arrangements for potential helicopter evacuation, and planning various options for me to eventually return home to the U.S. My travel mates Aymeric and Pauline made similar calls to friends and family in France. Soon, word spread throughout the village that I had a satellite phone, and I became a sort of village telephone booth. Some of the calls, those that I prioritized highest, were for rescue logistics – various residents of Kyanjin Gompa made many calls to the Nepali Army, describing the number of injured people in the village, detailing the degree of devastation, and coordinating for aid and helicopter evacuations. Though, the majority of the calls were locals calling family members. For literally several hours each day I stood in the grassy meadow and people waited their turn, holding little scraps of paper with phone numbers scribbled on them. It was often a frustrating process, as most of the Nepali phone numbers we were calling were not working, not surprisingly. When the calls went through successfully, it was usually emotionally intense. People cried for joy to hear that relatives elsewhere in Nepal were safe. People cried in grief when relaying the news to relatives in Kathmandu that everyone in Langtang had died.

I’ve been bringing satellite phones on climbing trips for years. Most of the time I use them to get updated weather forecasts, check in a few times with people back home, and occasionally ask someone to change my return flight, when the weather is good and we want one more chance to climb the mountain! Of course, in the back of my mind, the biggest reason I bring a satellite phone is in case something goes wrong. Aside from one mishap a few years ago involving me, a deep crevasse in Alaska and a broken orbital bone, I’ve rarely had the need to use a sat phone for its emergency capabilities. On this most recent trip in Nepal, however, being in the middle of a true natural disaster, the Iridium satellite phone became one of my most valuable and critical pieces of equipment. I made sure to keep it in my chest pocket non-stop, even when sleeping, for fear that another major avalanche might separate me from it, and therefore my connection to the outside world. 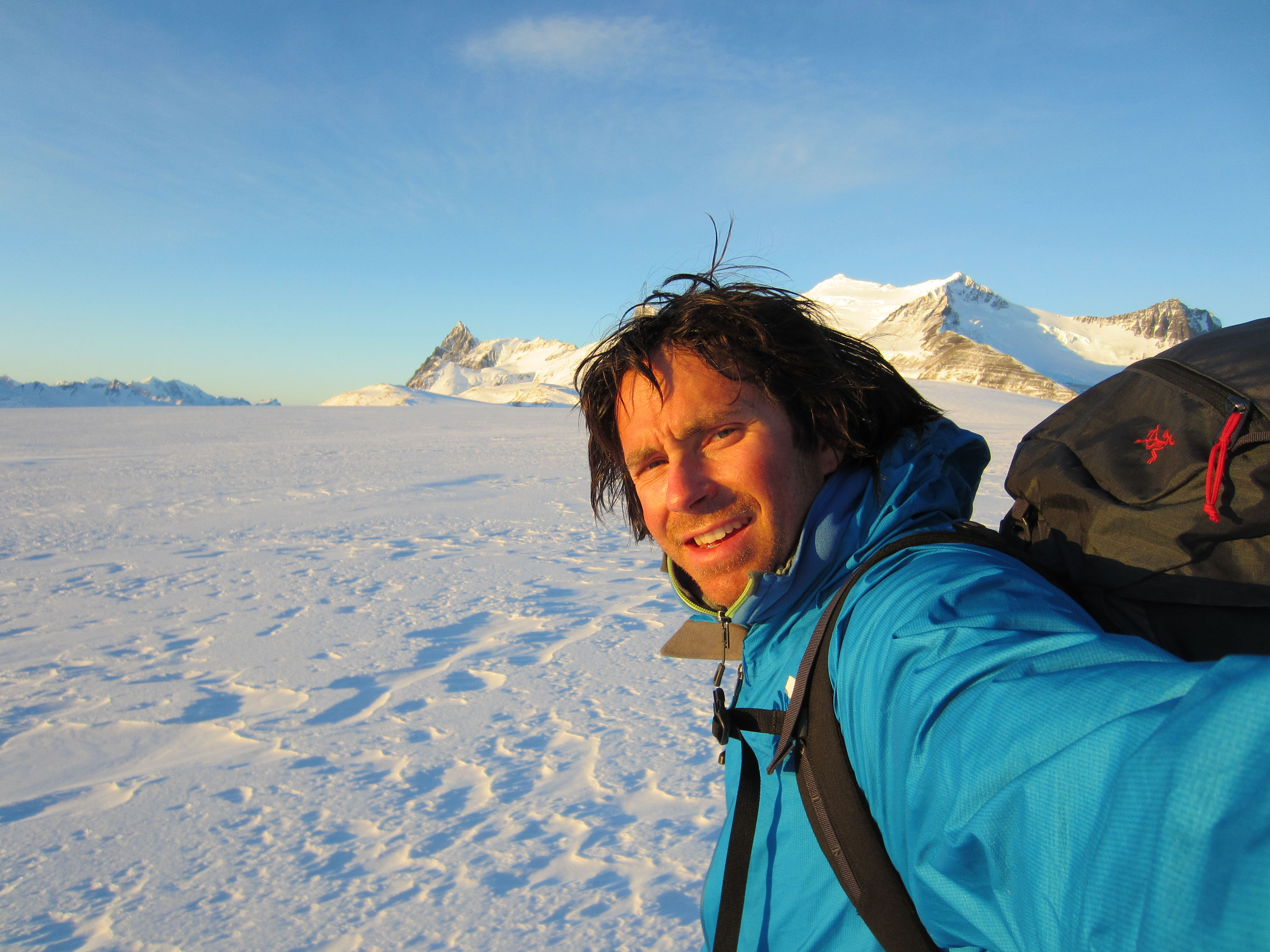 “The Iridium satellite phone became one of my most valuable and critical pieces of equipment. I made sure to keep it in my chest pocket non-stop, even when sleeping, for fear that another major avalanche might separate me from it, and therefore my connection to the outside world.” ~ Colin Haley 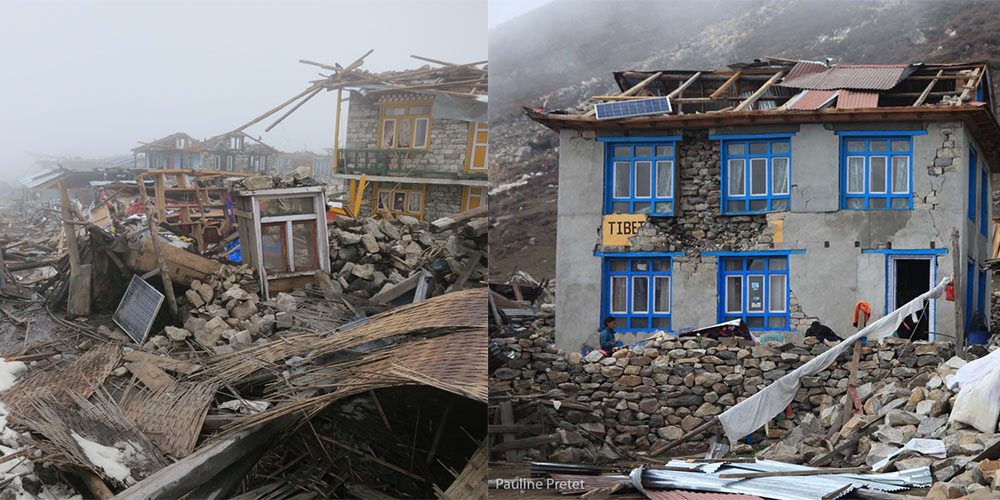 Damage and destruction in the Langtang Valley, photographed by Colin Haley. 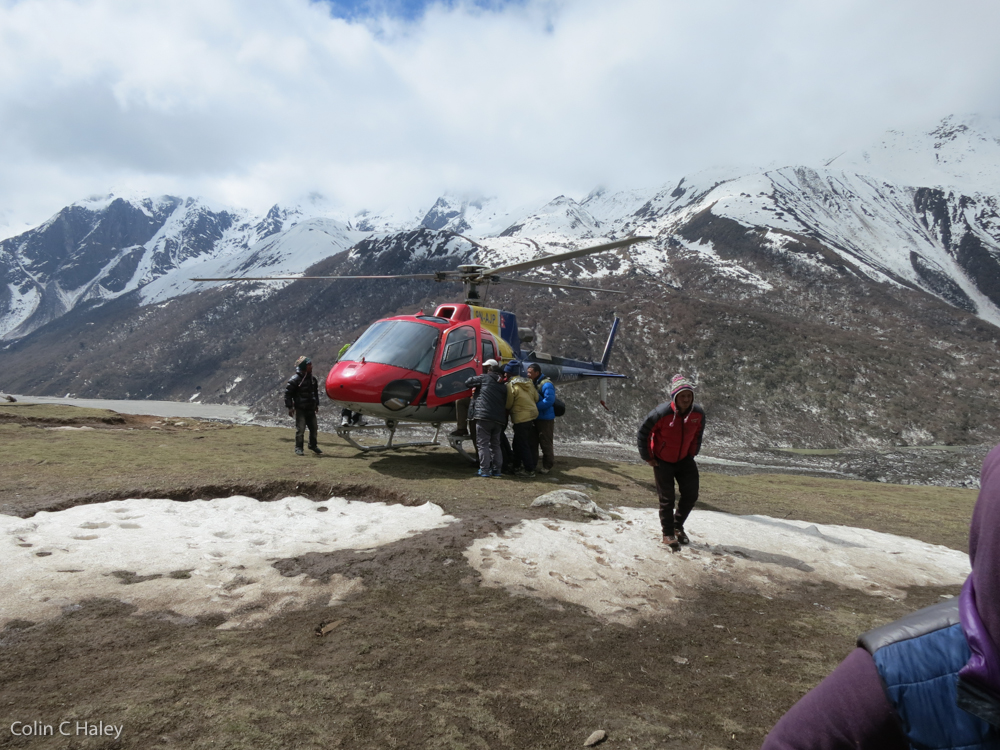 Rescue workers arrive via helicopter in the aftermath of the first earthquake, photographed by Colin Haley.