The 7.8-magnitude earthquake that struck Nepal on April 25 is a devastating tragedy, and a stark reminder of how critical it is to have reliable communications in the face of such a disastrous event. In a matter of seconds, basic infrastructure in cities and towns across Nepal was either badly damaged or destroyed, with that destruction only compounded by another 7.3-magnitude quake just a little over two weeks later. With terrestrial wireless networks overloaded at times or impacted by downed cell towers after the first earthquake, many victims were unable to communicate with family members or emergency services. In rural areas it was much worse, with communications infrastructure as well as roads destroyed, rendering many villages completely cut off from the rest of the world. 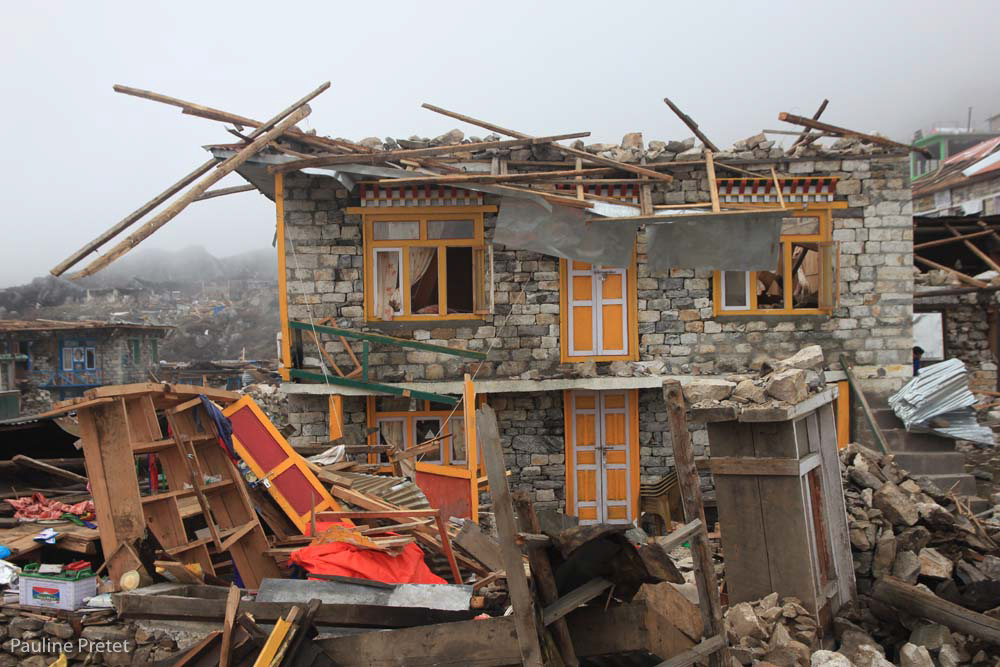 Contributed by Iridium Extreme user Colin Haley, who was on a climbing trip in the Langtang Valley in Nepal at the time of the first earthquake.

Early responders coming to help in the aftermath of disasters like these also struggle with the need for connectivity. Without a reliable line of communication, the challenge of deploying resources to the right areas and coordinating rescue workers on the ground can be insurmountable. It’s for that reason Iridium has a longstanding commitment to providing satellite services and equipment to organizations like the International Telecommunication Union, the United Nation’s agency for information and communication technologies, which is using Iridium® devices to support Nepal in coordination work on humanitarian efforts.

In fact, satellite communications enabled by Iridium rose significantly throughout the region affected by the earthquakes. Usage data shows that immediately after the first quake hit, hundreds of Iridium handsets were active on the network in the surrounding areas, supporting thousands of voice and data connections. Network activity increased exponentially in the days to follow, with the surge attributed to those using their existing devices such as the Iridium GO!® and Iridium Extreme® for voice and data connectivity, and relief organizations that use Iridium equipment blanketing the affected regions. In addition to ITU, NetHope, a collaboration of humanitarian groups that provides communications, infrastructure and emergency aid in disaster regions, has received in-kind donations of Iridium satellite handsets and airtime, as has Project HOPE, which focuses on providing medical supplies and volunteers during aid efforts. Both NetHope and Project HOPE are using Iridium handsets to stay connected and coordinate relief operations within Nepal. Additionally, a number of mountaineers and trekkers in the area are using sponsored Iridium devices for their own recovery and follow-on relief efforts, such as alpinist Colin Haley (Iridium Extreme) and teen climber and adventurist Matt Moniz (Iridium Extreme and Iridium Pilot® Land Station), to name a few.

According to Gisli Olafsson, Emergency Response Director for Nethope, “Iridium satellite phones were used by emergency responders all over Nepal in the early days following the first earthquake and resulting aftershocks. Communications is the key to delivering food, shelter, health care, water and much more to remote regions of Nepal.”

The Iridium network enables millions to stay connected daily, but it is situations like these that serve as a reminder of why a reliable network that enables communication everywhere on the globe is not just a luxury or business tool – it’s a critical lifeline.