Iridium® is Truly Everywhere — Even in Hollywood 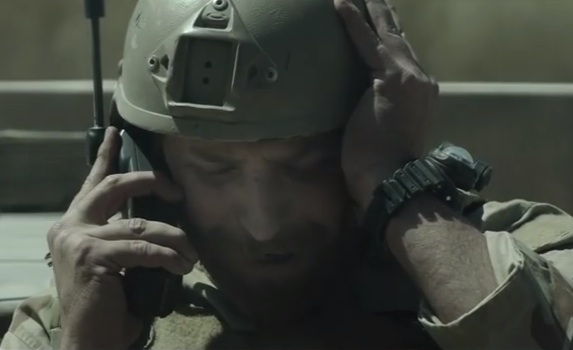 In a world where threats and opportunities are increasingly global, and where people and organizations need reliable communications like never before, only one company connects the entire planet with voice and data coverage.

While this statement may sound like the opening of a movie trailer, the fact that it is grounded in the reality of Iridium’s unique pole-to-pole network makes it an even more interesting story. That can explain why Hollywood was inspired to use Iridium products in a few high-stake films and TV shows — proving once again that Iridium is truly everywhere.

In this blog, we take a look at the some of the most critically acclaimed acting performances by Iridium handsets. Spoiler alert: we often get typecast in the role of the critical lifeline.

24 – In a particularly action-packed episode of espionage TV series 24, Jack Bauer’s (Kiefer Sutherland) terrorist fighting days appear to be numbered after he is taken prisoner. Luckily for him however, his captors had an Iridium 9505A satellite phone on hand and the President was able to reach them just in time to save Bauer’s life.

Homeland – In season two of this political thriller, CIA operations officer Carrie Mathison (Claire Danes) receives a plot-changing tip that could finish the terrorist she is working against. Using an Iridium 9555 handset, she calls her boss to relay the message — bringing their solutions together, even when they were 6000 miles apart.

World War Z – In this zombie apocalypse blockbuster, Gerry Lane (Brad Pitt) gives his wife an Iridium 9555 before leaving to fight the international spread of an infection. Even though they aren’t able to call each other “once a day”, as agreed, Lane was able to complete his mission knowing the Iridium network was keeping their signal strong, and their love even stronger.

American Sniper – In a dramatic scene from this biographical war drama, Navy SEAL sniper Chris Kyle (Bradley Cooper) uses an Iridium 9505A to call his wife from the heat of the battle to let her know he wants to come home. Iridium was there to connect Kyle to what matters most, when he needed it most.

Cast Away – It may seem odd that a movie about a man marooned on a deserted island is related to global communications, but there is a little-known detail about the Cast Away story that could have shifted the plot line entirely. Director Robert Zemeckis was once asked what was inside the FedEx box that Chuck (Tom Hanks) never opens. His answer: a waterproof satellite phone. If Chuck missed his connection with the world, at least he made one with Wilson.

Now playing in a remote location near you

While zombie pandemics and nick-of-time phone calls from world leaders may just be in movies, critical situations taking place beyond the limits of traditional communication networks happen everyday in the real world. And Iridium is proud to play the role of trusted sidekick to many real-world heroes.

To watch a reel of some of the real-life scenarios when Iridium helped save the day, check the Iridium Connected stories.

To learn more about Iridium’s must-see global communications solutions, click through to the products section of our website.

Stay tuned with more Iridium in Hollywood appearing in upcoming major films in 2015 and 2016!