Since the first 10 Iridium NEXT satellites were successfully launched and deployed on January 14th, they have undergone a series of rigorous testing and validation in preparation for their insertion into the network. Today Iridium announced the first satellite, space vehicle (SV) 106, is now active in the network, carrying live voice and data communications within our global network.

“Our team has been preparing for this moment for years and we couldn’t be more excited to reach this pivotal milestone for the program,” says Matt Desch, CEO, Iridium. “While validation of these first ten satellites is ongoing to confirm functionality, the successful implementation of SV106 is a true testament to the strength of our next-generation network. We anticipate that eight of the initial 10 satellites launched will be put into service by mid-April, while two continue to drift to an adjacent orbital plane.”

How do you transfer traffic from one satellite to another while moving at roughly 16,700 MPH and not drop a signal?

Engineers at our Satellite Network Operations Center (SNOC) in Leesburg, VA send roughly 13,000 command activities daily in order to manage our network. To successfully execute the replacement of one active legacy satellite in transmission mode with its new, Iridium NEXT replacement satellite is no easy feat. 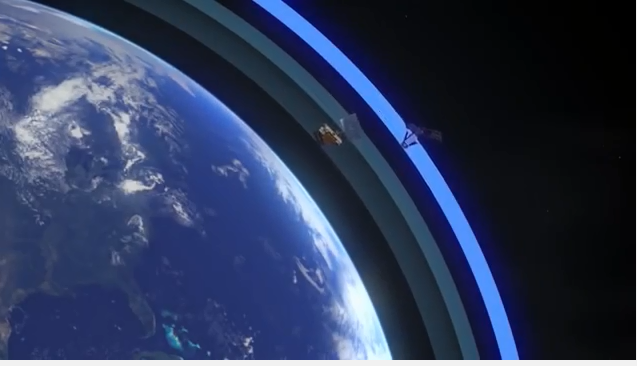 “One of the biggest challenges we have to do is a slot swap. We have satellites moving at 7.4 kilometers per second, or 16,700 mph, and we are actually rendezvousing these satellites every time we do a slot swap,” said Chris Jones, Director Mission Operations, Iridium. “It’s like a delicate dance we do. As you’re doing that, you also have to maintain service, so you take one satellite in and one out without impacting the user.”

The scale of this process is unprecedented. For a constellation like Iridium’s, a slot swap occurs each time a new satellite replaces an old one until all 66 operational Iridium NEXT satellites are placed into service, completing the largest tech refresh in space. Meanwhile, the Iridium NEXT satellites are backwards compatible and fully the legacy services, in addition to enabling new services, such as Iridium CertusSM.

Stay tuned for more information on the Iridium NEXT program here at Iridium360 and on Iridium’s social pages – Twitter – Facebook – LinkedIn. To learn more about Iridium NEXT and the ground-breaking new capabilities it will enable, please visit www.iridiumnext.com.