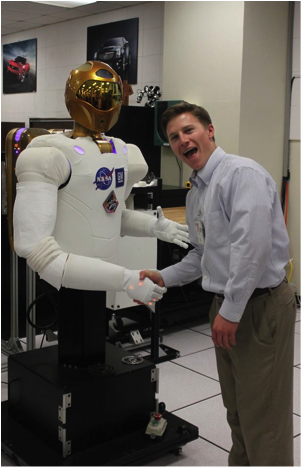 Chris is one of three winners for the 2013/2014 Iridium NEXT Mission Team Scholarship, awarded annually to the best aerospace engineering students in the world. The Scholarship Program aims to create a workforce to further the mission of Iridium NEXT, Iridium’s second-generation satellite constellation and the world’s most significant commercial space program. The scholarships are for up to $20,000 and are funded by Iridium and Iridium NEXT Mission Team members including SpaceX, Thales Alenia Space, Lockheed Martin, Boeing, SEAKR, SAFT and MDA.

We recently shared a blog post on the Mars Society’s Mars Atlantic 365-day mission, and we were excited to learn that Chris had attended the Mars Society’s International Mars Convention in August. He shares his experience at the convention and provides us with some insight on his current academic path.

—
August 15-18 was the 16th Annual Mars Society International Mars Convention, hosted on campus at the University of Colorado. The speaking lineup was full of self-proclaimed Mars advocates, including Dr. David Brain of the MAVEN project, Dennis Tito of the Inspiration Mars team, and Dr. Steve Squyres, Principal Investigator of the Mars Exploration Rovers. 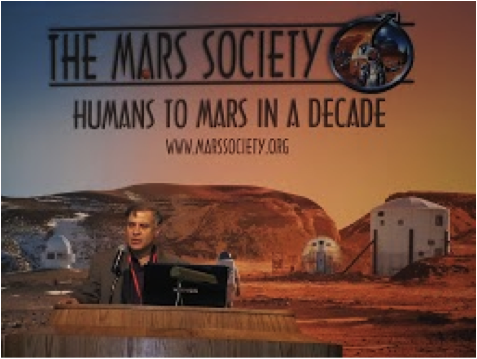 The convention was organized in partnership with a student group that I have been in since freshmen year, named the Students for the Exploration and Development of Space. When I started with SEDS, I focused on coordinating outreach efforts and have now worked my way up to leading the group as president. 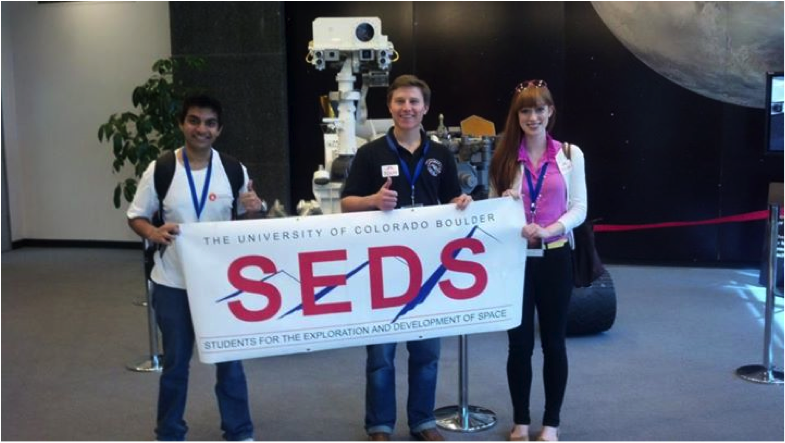 The convention covered topics ranging from advanced spacesuit design to space-plant growth strategies to the medical risks of long duration spaceflight. Among these talks, the FMARS (Flashline Mars Arctic Research Station) Mars Atlantic 365-day mission was outlined. The MA365 mission is a plan to have a group of four crew members live at the FMARS station located on Devon Island in northern Canada for a full year. The goal of the mission is to simulate what activities a crew would complete while on the surface of the red planet.

These convention topics especially sparked my interested because of past work that I have done working with analog spaceflight habitats at Johnson Space Center, as well as the future work that I will be performing for the next couple years focusing in Bioastronautics – the study and practice of designing space habitats. 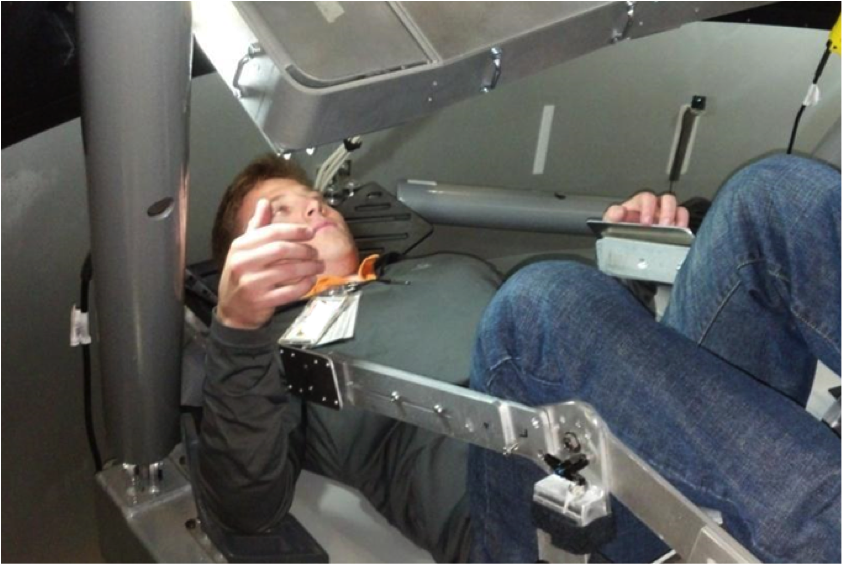 In addition to the lecture series during the conference, a STEM education event was co-hosted with the University of Colorado chapter of SEDS. The STEM event gave K-12 students the opportunity to explore hands-on activities related to space exploration such as Alka-Seltzer rockets, 3D printing, and a space art contest. Outreach has always been an important part of my life. It is an activity where I often find myself losing track of time and forgetting about the outside world. It is also awesome to see the face kids make when they discover something new. 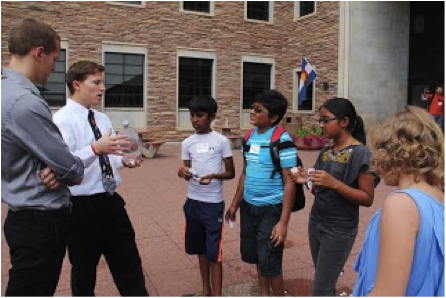 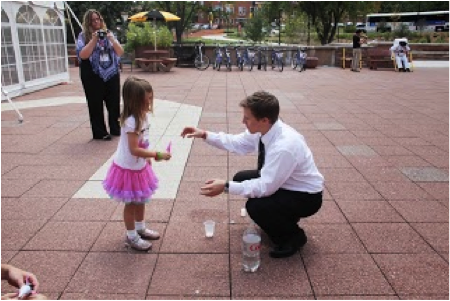 I have just started my senior year in Aerospace Engineering and am enrolled in a joint Bachelor’s/Master’s Degree program, with a graduation date of May 2015. Entering senior year and starting graduate studies has been quite daunting, but with the confidence gained from scholarships like the Iridium NEXT Mission Team Scholarship, I have been able to move forward with poise.

In addition to taking courses this year, I am participating on a senior design team that is building a prototype instrument for a future NASA mission to the sun and working in a lab that designs and builds experiments that are flown on the International Space Station. Next summer I plan to return to the group that I worked with this past summer, in the Robotics Technology branch of Johnson Space Center, working on the Robonaut 2 project. With two years of academics left, I hope not only to continue to follow my interest in Bioastronautics, but also explore the growing list of interests that I have developed in college including robotics, education, and alternative energy.

Meeting Robonaut for the first time