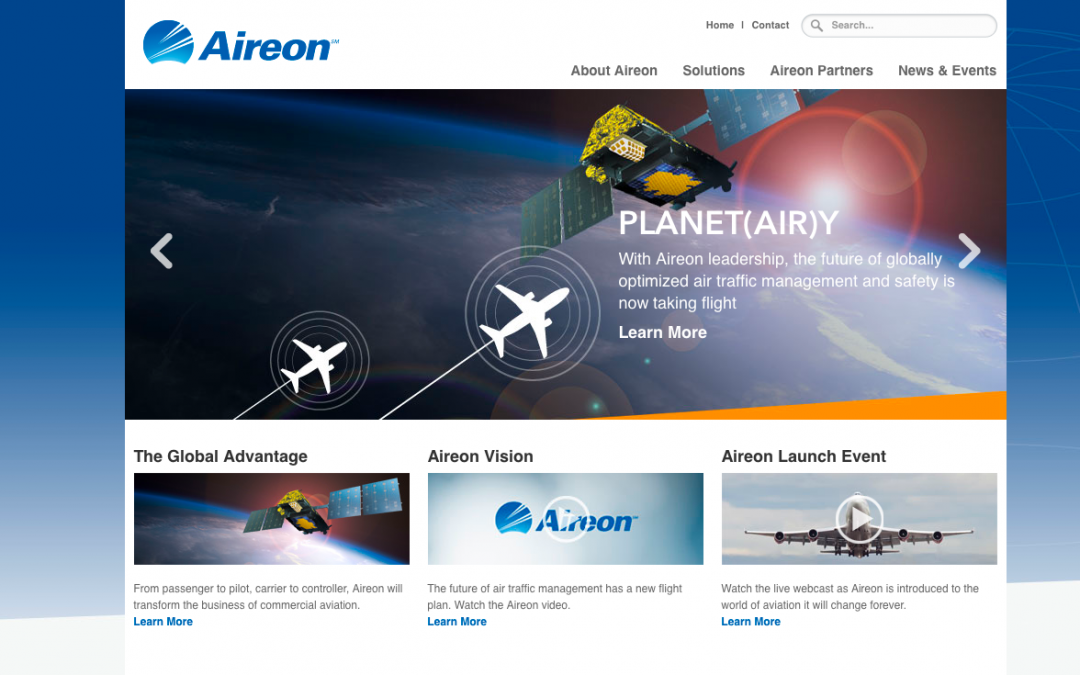 We are thrilled to announce that Aireon’s corporate video and website were selected to win a total of 5 prizes at the 8th Annual Davey Awards.

Aireon℠ is an innovative new company that will leverage the power of the world’s furthest reaching network to enable – for the first time ever – a truly global pole-to-pole aircraft tracking and surveillance capability.

The International Academy of the Visual Arts recognized Aireon for the video and web components of its very first integrated marketing campaign, which also included the unveiling of a new brand identity, a brochure and other print collateral, and social media properties. The campaign was developed to support the official public announcement of Aireon’s revolutionary capability on June 19, 2012.

Aireon’s leadership team – with the support of marketing communications agency Banfield-Seguin – worked tirelessly to bring this company to life. These awards are a testament to the talent and dedication of everyone involved who helped make this launch a success.

A Breakdown of the Wins

From the nearly 4,000 entries from across the U.S., Canada and around the world, Aireon took home awards in the following categories:

About the Davey Awards

The Davey Awards honors the finest creative work from the best small firms, agencies and companies worldwide. The Davey Awards is judged and overseen by the International Academy of the Visual Arts (IAVA), a 200+ member organization of leading professionals from various disciplines of the visual arts dedicated to embracing progress and the evolving nature of traditional and interactive media.