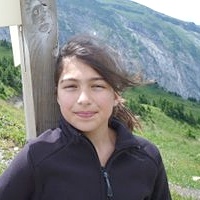 Fay Khaleghi from Amersfoort, in The Netherlands set out on Friday 5th October to climb the tallest mountain in Africa, Mount Kilimanjaro. Despite being only twelve years old, Fay took on this challenge, in her own words, “to raise funds for orphan girls in the south region of Mombasa, so that they can have a better future.”

All sponsorship monies raised by Fay will be donated to The Verkaart Development Team (VDT), an organization that has actively supported projects in Kenya for over 20 years, providing safer shelter, medical and dental care and a better education for children.

Fay was joined on her journey by Theresa, an orphan supported by VDT. Fay and Theresa climbed, ate and attended school together and will no doubt remain friends for a very long time.

Together with the Iridium®-based GTTS-2000 Tracking & Tracing unit from Leap Development, the Global Alerting Platform (GAP) provided location tracking and mapping to ensure Fay was always connected and safe on her journey.

GAP allowed Fay’s followers to view the expedition’s progress as it happened. The capabilities of the device, coupled with the advanced features of GAP, enables people to communicate from anywhere, including Mount Kilimanjaro!
Keep in touch and track Fay’s progress on her blog, http://www.samenvoorkenia.nl/english/, and twitter https://twitter.com/faykhaleghi.