Guest Post: A Letter of Thanks to Our CEO from Polar Vision 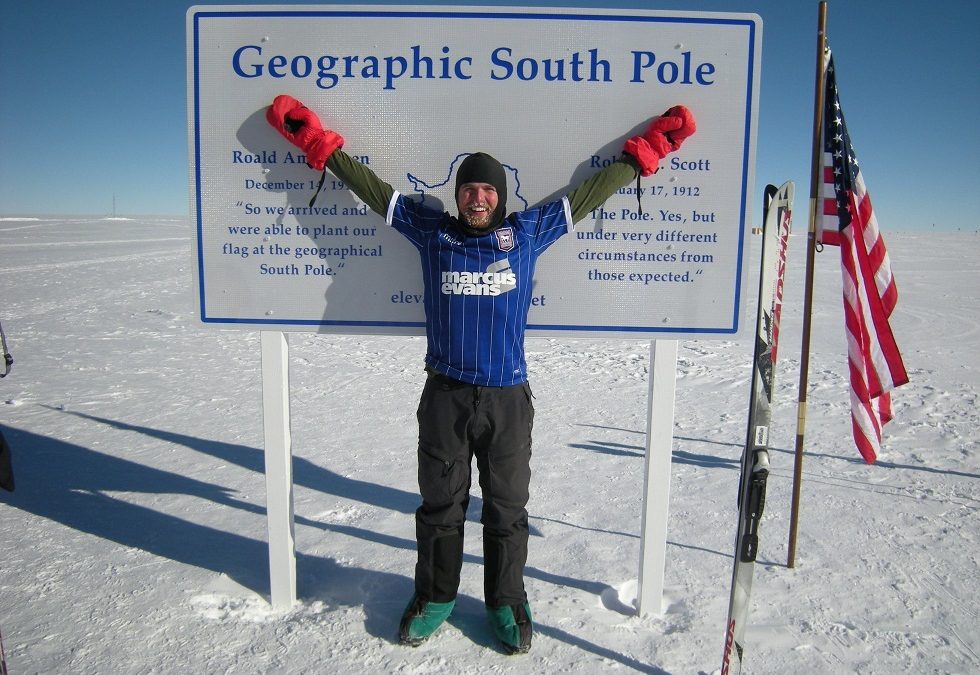 Richard Smith at the South Pole

We are back from a most successful expedition!

On January 3rd, Alan Lock and the rest of the Polar Vision team reached the South Pole after walking 570 miles in 39 days through some pretty eventful weather! Alan has set the record for becoming the first visually impaired person to complete this expedition ever – something which less than 200 people have ever been able to complete in human history.

We are very pleased and proud of our achievements and you are one of the key reasons that this was able to happen and we are conscious that we owe you a great debt of gratitude. Being able to connect with our charities, supporters as well as the schools and visually impaired communities was so heartening that it really helped us to complete our mission.

We received a message through our website from an eighth-grader in California who, just a year previously, had lost his sight. He said that he was enjoying following us on the website and that his ambition was now to become the second visually impaired person to walk from the coast of Antarctica to the South Pole. To connect with someone like that really inspired the team and you played a big part in making that happen.

We will follow up with a letter from the whole team, a souvenir from the expedition and of course the return of your equipment shortly, but I wanted to let you know that we had successfully and safely completed the expedition and of course, to thank you again. Once again, I want to give your data support team a special mention as they were absolute life savers and made it possible for us to send the pictures back which really gave the website a boost!

We have raised significant funds, publicity and awareness for our charities and it’s fair to say that our charities are absolutely delighted with our results!

The team was also busy shooting footage for our documentary. The new trailer was released while we were on the ice and can be found here. We expect the film to be completed by the end of the year as we shall also be filming some speaking engagements we have with schools and the visually impaired community. We have been invited to speak about the expedition in the UK, US and Norway which is a mix of schools and blind groups. We love doing this as well as commercial speaking opportunities for businesses which enable us to raise yet more money for our charities.

I’m currently in the UK helping our charity Sightsavers International with some media work, but will be back in Boston next Monday. I would love the opportunity to meet up with you for lunch or a coffee at some point to thank you again in person and tell you all about the expedition, we really are so grateful for your support.