When the “other” satellite systems fail … it’s Iridium to the rescue! 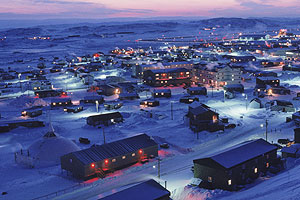 Last week, when vital telecommunication services used by tens of thousands of northern Canadians vanished for most of the day, as part of their emergency communications procedures, government officials of the Canadian territory of Nunavut instructed essential services offices to use their Iridium satellite phones for communications needs. The outage was experienced due to a major glitch that put Telesat Canada’s Anik F2 satellite out of service for more than 16 hours on October 6. Nunavut is the largest territory in Canada and home to the northernmost permanently inhabited place in the world. Every community in Nunavut is entirely dependent on satellite service. Nunavut and off-road communities in the Northwest Territories and Yukon lost long distance telephone, cellular, internet, and automated banking services. In a radio address to the more than 33,000 residents, Nunavut’s premier stated that “all health centres and wildlife offices should turn on their Iridium satellite phones.” Other regions affected by what Telesat referred to as a “technical anomaly” included northern Ontario, northern Quebec and Newfoundland-Labrador. This article from the Nunatsiaq News, the region’s local newspaper, details the problems caused by the disruption in service. Good thing they have those Iridium phones as back-up!