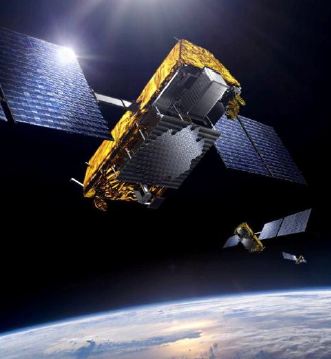 The Johns Hopkins University Applied Physics Laboratory (APL) is proposing a new system that would help scientists answer some of the most fundamental questions surrounding global climate change.

The proposed Earth’s Radiation Imbalance System, or ERIS, would provide the most detailed data ever about differences in the amount of radiant energy entering and leaving the Earth. This data is key to understanding the real reasons behind the observed pattern of global warming.

The system would be implemented through hosted payloads on Iridium NEXT, a cost-efficient opportunity that represents public and private partnership at its best. With affordable access to space on 66 Iridium NEXT satellites, APL would be able to gather data across the entire globe in near real-time. APL chose Iridium NEXT for this proposal because of the success of their current scientific partnership with Iridium: AMPERE (Active Magnetosphere and Planetary Electrodynamics Response Experiment).

“AMPERE showed us how well a public/private partnership between the scientific community, industry and a government sponsor could work,” says Lars Dyrud, senior scientist at APL and PI for ERIS. “Our ERIS team proposes to answer even more critical questions about our planet.” APL provides more information about the proposed system in their recent press release.

For decades, climate change studies have been marred by incomplete and sporadic data. If created, ERIS would allow researchers to study how various environmental factors such as volcanoes, hurricanes and clouds affect outgoing radiant energy. With better information, the science of global climate change can become even more precise.