Iridium Growth: It’s All About Connections. 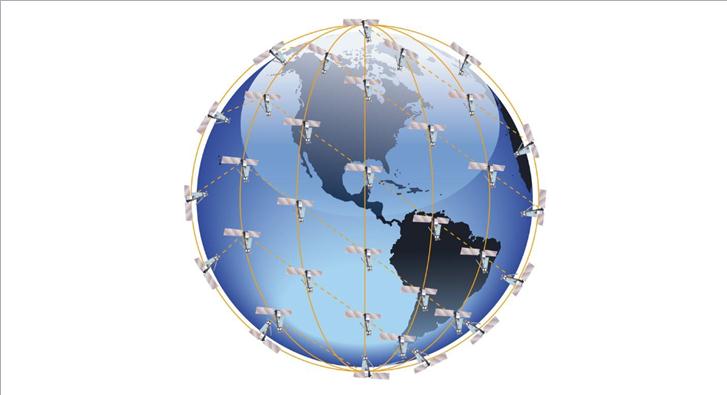 Yesterday, we reported second-quarter results that build on a long and consistent track record of delivering double-digit subscriber, service revenue and Operational EBITDA growth. While these numbers stand on their own in highlighting our financial success and demonstrating that we’ve met the targets we’ve set for ourselves, the vision and strategy that underpins these strong financial results is rooted in a few core principles.

As a global communications company, we want to connect anyone and anything all over the world in ways they expect to be connected. This driving force of our business has evolved along the way through product innovations, changes in the competitive landscape and better network technology – but what ties it all together is that basic need for people, assets and organizations to be connected.

Our terrestrial wireless peers do a great job providing connectivity in the 10 percent of the world that their networks cover well. We want to lead in the remaining 90 percent of the world where people still need to be connected and business still gets done. In that sense, we complement, rather than compete with, terrestrial wireless by extending their reach for customers far beyond cell towers. We also have very different technology and network architecture than ground-based towers, and for that matter, our mobile satellite peers – it’s what allows us to provide 100 percent global coverage.

And, as we’ve noted in the past, we have a #1 or fast-growing #2 position in serving our key markets. We’ve more than tripled our mobile satellite services (or MSS) market share since 2001 and expect a compound annual growth rate of 10 percent for the industry through 2015. We’re confident that we’ll continue to benefit from organic growth in the industry, while also winning market share in key businesses.

Our commercial and government customers choose our products and services because they’re critical to their daily operations as well as integral to their business and communications infrastructure. While we’re proud of the role we play during natural disasters when many other communications networks fail, that’s really a small part of our business.

For example, we partner with the operations manager on a remote forestry site so that he can communicate with his workers and track his high-value equipment. We’re part of the communications toolkit on a maritime vessel, so the captain can download maps and weather data, while the crew calls home to check in with their families.

Our technology sits in an aircraft’s cockpit, allowing the operator to track that plane’s exact location – saving fuel, providing more efficient routing and increasing passenger safety along the way. And, we help the platoon leader in Afghanistan who needs a reliable tactical radio service to communicate with his team beyond line-of-sight as well as a way to track his vehicles on the battlefield. These are just a few of the examples that illustrate how we make connections happen every single day.

We’ve also evolved pretty far from what was entirely a voice business in the early days. Much like our terrestrial wireless peers, we see data products and services as perhaps our biggest source of incremental growth. We’ve done a nice job executing against this opportunity so far. The creativity of our partners, particularly in the machine-to-machine (or M2M) space, gives us confidence that we’ll continue to strengthen our revenue profile by seizing this data opportunity.

In our Commercial business, we (and our partners) continue to innovate across our entire portfolio. In the voice business, which enjoyed 13 percent year-over-year customer growth in the second quarter, our results have remained strong during the last five quarters despite increased competition. The Iridium 9555 phone has served us well as the “gold standard” in reliability, mobility and global reach. The launch of a new handheld device during the third quarter, as part of a broader product portfolio strategy, will only fortify our competitive position.

Our launch partners for this new handheld strategy have given us positive feedback on its features and value. We’re taking the final steps now to bring a new phone and several related devices to our customers.

We’re really embarking on a broader mission to drive service revenue in ways we never have in the past. For example, Iridium-powered devices will make it easier for you to check your e-mail messages and update your Facebook status even via a smartphone. We’ll have more exciting applications, features and products to share with you in the near future.

In the M2M sector, recent partner announcements of personal tracking devices (powered by Iridium) give us a new growth pillar in the consumer market. With global coverage and unmatched two-way communications capabilities, and price points for some now as low as $250, they serve an addressable market with hundreds of thousands of customers. We’re seeing a great market response for a range of personal communicator devices from many of our enterprise, defense and specialty partners.

Turning now to our Government operation, which had a great first half of 2011, we posted our fourth consecutive quarter of mid-teens service revenue growth. This is compared to a historical average closer to six percent. We grew voice revenue 12 percent year-over-year and expanded our M2M data business by nearly 80 percent, providing further evidence that we’ve now become a core partner in the U.S. Government’s communications infrastructure.

Subscriber growth for “Netted Iridium” was a bit slow in the first half of 2011 as the U.S. Government recalibrates its provisioning and support systems. However, we continue to believe there is unmet user demand and expect shipments to pick up in the second half of the year.

Moving finally to our Iridium NEXT and hosted payloads progress…

We’re reaching many of the goals we set for ourselves as it relates to the development of Iridium NEXT, and are still on track to begin launching the new network in early 2015. While we’re building Iridium NEXT, our current network continues to perform very well. It is expected to continue to provide good service through the eventual complete transition to Iridium NEXT by 2017.

In late June, we announced the selection of ISC Kosmotras as a supplemental launch provider for Iridium NEXT. This reliable and well-established platform augments our launch program.

With the Kosmotras “Dnepr” rocket, we have the ability to send up a payload of just two satellites, giving us added flexibility in how we deploy Iridium NEXT. We have full faith and confidence in SpaceX as our primary launch services provider. However, we are also pleased to welcome the Kosmotras team to the largest commercial satellite endeavor in the world.

As for our hosted payloads progress, we remain focused on multiple opportunities, including the global air traffic monitoring mission, for this new line of business. As we discussed last quarter, this mission has recently gained momentum because of its potential and our unique capability to deliver the proposed service.

It’s a program that provides aircraft tracking services to air traffic control authorities and other regulatory bodies in a way that extends already planned terrestrial coverage over ocean routes, remote areas and developing nations. This is all without new equipment required in the aircraft (beyond what they are mandated to install by the FAA already). We expect our progress around this payload and/or another hosted payload mission to develop into firm commitments over the next six to nine months.

To sum up, we’re a global communications company that continues to execute well quarter-after-quarter and year-after-year. We’re evolving, innovating and attacking new markets that weren’t envisioned ten years ago when we were regarded as a satellite voice company only. We compete in attractive and growing markets and have a sustainable competitive advantage in our network leadership. Our service revenue base continues to grow and represented 68 percent of our total revenue in the second quarter. All this leads to operating margin expansion and cash flow growth. I look forward to continued strong execution and momentum during the second half of 2011.