Iridium High Above the Clouds 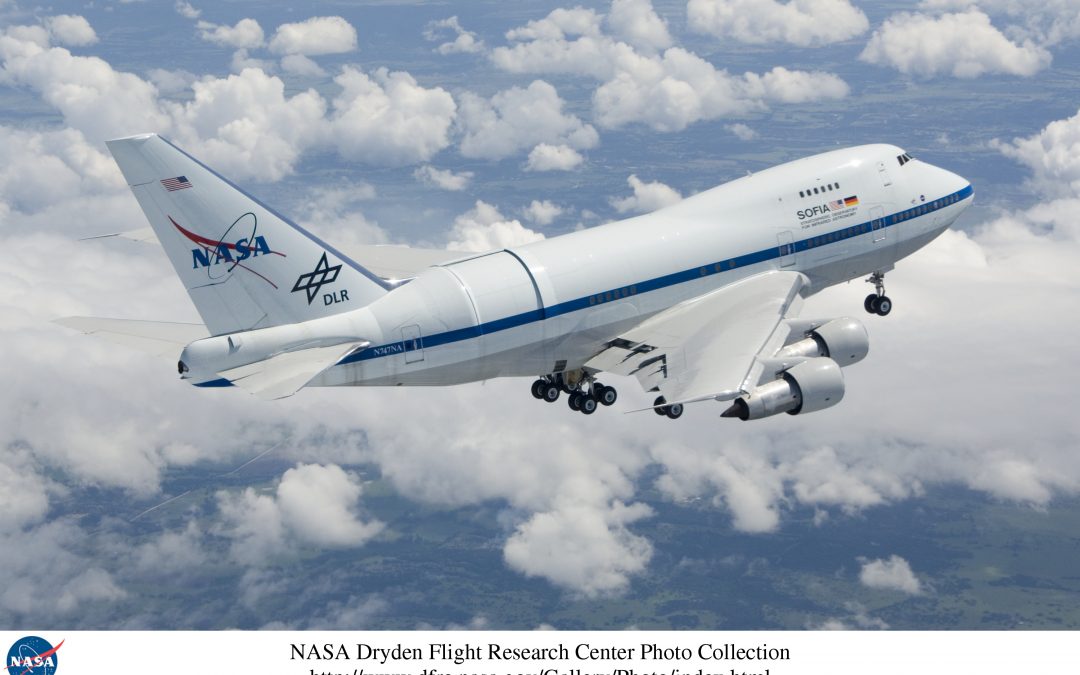 ont of a star, which cast a shadow on the Earth. The crew aboard SOFIA communicated with researchers at MIT via an Iridium satellite phone to carefully direct the aircraft’s flight plan in order to be in optimal position to capture the event as it happened. SOFIA has a 100-inch far-infrared telescope mounted in the rear fuselage of a modified Boeing 747SP aircraft and can fly at altitudes up to 45,000 ft., above most of the cloud cover and water vapor in the Earth’s atmosphere. Talk about getting some air! Get the full scoop from the Science2.0 website article Chasing Pluto’s Shadow.